For What It’s Worth w/ Thorsten Nagelschmidt & translator Tim DeMarco 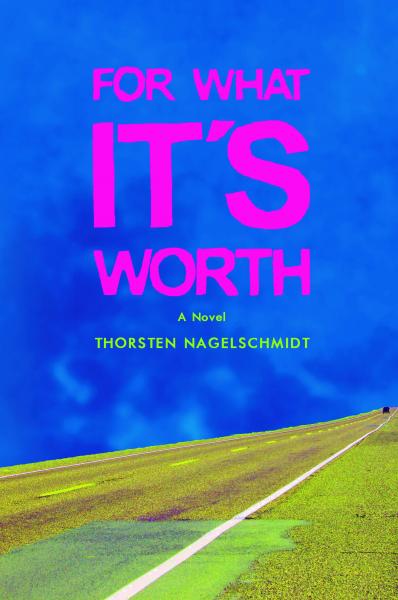 Join us for a reading and discussion with author Thorsten Nagelschmidt and translator Tim DeMarco. Read more about the book below!

Fear and loathing in the Moselle Valley.

What to do with the windfall? – When his father dies, bohemian bartender Meise takes the unexpected inheritance and embarks on a journey. The plan? Spend, not save. He swore to himself he would do it all differently than his father. But, after road-tripping across America and partying all over Europe, he doesn’t seem to fit back into his old life in Berlin.

So, with the remaining money he sets out on one last trip: to a vineyard in rural West Germany. There he is confronted with a culture shock unlike any other and is forced to ask himself the questions about his own life he's been trying to avoid.

Tragic yet entertaining, with acute observations and no shortage of black humor, Nagelschmidt allows his (anti)hero to fail – by his own hand or others’ is up to the reader to decide.

Thorsten Nagelschmidt, born 1976 in West Germany, is an author, musician, and artist. Until 2009, he was the singer, lyricist, and guitarist of the band Muff Potter. He has had three novels and a collection of stories and photographs published, most recently Der Abfall der Herzen, published by S. Fischer Verlag in 2018. Nagelschmidt lives in Berlin.

Tim DeMarco is a teacher, translator, and writer. He earned his bachelor’s degree from Georgetown University and his master’s degree from Middlebury College. He currently lives in New Jersey.

For What It's Worth: Was kostet die Welt (Paperback)

By Thorsten Nagelschmidt, Tim DeMarco (Translator)
Not currently in store. May be available on Bookshop.org.
ISBN: 9781684332052
Availability: Find us on Bookshop.org to order!
(This book cannot be returned.)
Published: Black Rose Writing - January 31st, 2019
No Content