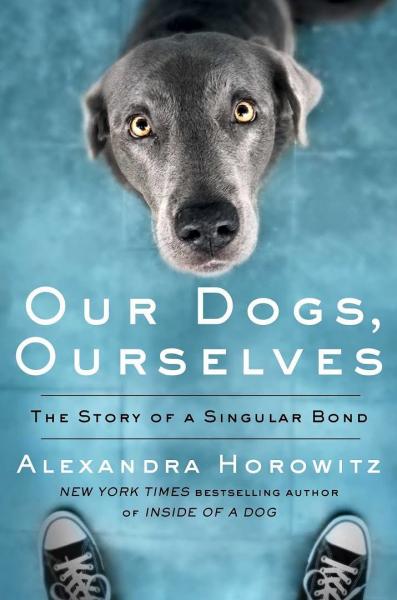 We keep dogs and are kept by them. We love dogs and (we assume) we are loved by them. We buy them sweaters, toys, shoes; we are concerned with their social lives, their food, and their health. The story of humans and dogs is thousands of years old but is far from understood. In Our Dogs, Ourselves, Alexandra Horowitz explores all aspects of this unique and complex interspecies pairing.

As Horowitz considers the current culture of dogdom, she reveals the odd, surprising, and contradictory ways we live with dogs. We celebrate their individuality but breed them for sameness. Despite our deep emotional relationships with dogs, legally they are property to be bought, sold, abandoned, sterilized and/or euthanized as we wish. Even the way we speak to our dogs is at once perplexing and delightful.

Alexandra will appear in conversation with Harriet Ritvo, author and professor at MIT, where they will explore the nature of “family”, property and reproductive rights as they apply to animals/pets/dogs.

Alexandra Horowitz is the author of three previous books, Being a Dog: Following the Dog Into a World of Smell (2016); On Looking(2013); and Inside of a Dog: What Dogs See, Smell, and Know (2009), a New York Times best-seller. She is Senior Research Fellow and head of the Dog Cognition Lab at Barnard College, Columbia University. She is owned by canines Finnegan and Upton, and tolerated by feline Edsel.

Harriet Ritvo teaches courses in British history, environmental history, the history of human-animal relations, and the history of natural history. She is the author of The Animal Estate: The English and Other Creatures in the Victorian Age (1987), Noble Cows and Hybrid Zebras: Essays on Animals and History (2010), and several others. Her current research concerns wildness and domestication. She serves on the Board of Incorporators of Harvard Magazine; on the editorial boards of Victorian Studies, Victorian Literature and Culture, Agricultural History Review, and Animals and Society, and as editor of the "Animals, History, Culture" series published by the Johns Hopkins University Press. She is a Fellow of the American Academy of Arts and Sciences, and past President of the American Society for Environmental History. She has received a Whiting Writers Award and a Graduate Society Award from the Radcliffe Institute for Advanced Study.

Craig LeMoult produces sound-rich features and breaking news coverage for WGBH News in Boston. His features have run nationally on NPR's Morning Edition, All Things Considered and Weekend Edition, as well as on PRI's The World and Marketplace. Craig has won a number of national and regional awards for his reporting, including two national Edward R. Murrow awards in 2015, the national Society of Professional Journalists Sigma Delta Chi award feature reporting in 2011, first place awards in 2012 and 2009 from the national Public Radio News Directors Inc. and second place in 2007 from the national Society of Environmental Journalists. Craig is a graduate of the Columbia University Graduate School of Journalism and Tufts University.

Our Dogs, Ourselves: The Story of a Singular Bond (Hardcover)