Towards the City of Thresholds Book Launch & Discussion 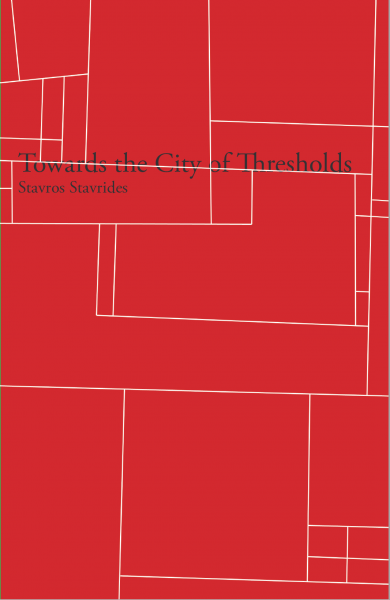 Join Common Notions as we launch Stavros Stavrides’ new book, Towards the City of Thresholds, a groundbreaking work of urban theory that describes how cities hold the potential to host some of the most important experiments in political and social change. Stavrides will read from selections of the book, and a Q&A with Harvard Professor of Anthropology, Michael Herzfeld, will follow.

In recent years, urban uprisings, insurrections, riots, and occupations have been an expression of the rage and desperation of our time. So too have they expressed the joy of reclaiming collective life and a different way of composing a world held in common. At the root of these rebellious moments lies thresholds—the spaces to be crossed from cities of domination and exploitation to a common world of liberation.

Towards the City of Thresholds is a pioneering and ingenious study of these new forms of socialization and uses of space—self-managed and communal—that passionately reveals cities as the sites of manifest social antagonism as well as spatialities of emancipation. Activist and architect Stavros Stavrides describes the powerful reinvention of politics and social relations stirring everywhere in our urban world and analyzes the theoretical underpinnings present in these metropolitan spaces and how they might be bridged to expand the commons.

Stavros Stavrides is an architect and professor teaching at the National Technical University of Athens on housing and public space design as well as on the meaning of metropolitan experience. Stavrides’s work on political autonomy in contemporary crises-governed cities provides timely urban theory to theorize forms of emancipating spatial practices and urban commoning, illuminated by an experience and knowledge of protest and rebellion in Athens since 2008.

In addition to Towards the City of Thresholds, he has published six books and numerous articles. His recent books include: The Symbolic Relation to Space (1990), Advertising and the Meaning of Space (1996), The Texture of Things (1996), From the City-as-Screen to the City-as-Stage (2002), Suspended Spaces of Alterity (2010), Common Space: The City as Commons (2016), as well as the forthcoming Common Spaces of Urban Emancipation.

Towards the City of Thresholds (Paperback)