A Reading of Epic Proportions

Four friends and GrubStreet cohorts all have books coming out at the same time! Come hear Chris Castellani (LEADING MEN), Crystal King (THE CHEF'S SECRET), Whitney Sharer (THE AGE OF LIGHT) and Katrin Schumann (THE FORGOTTEN HOURS) talk about all things writing--and you can have a glass or two of wine with them! Full menu (including beer and wine) will also be available for purchase at the event. 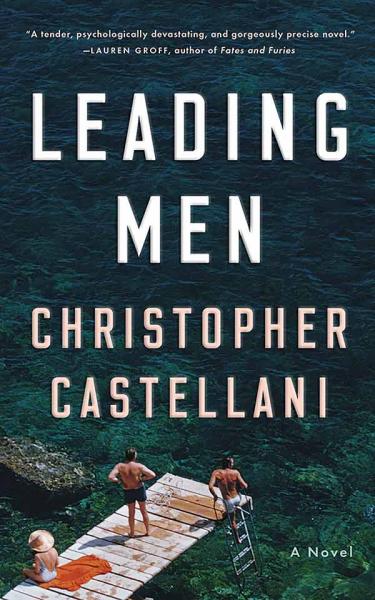 In July of 1953, at a glittering party thrown by Truman Capote in Portofino, Italy, Tennessee Williams and his longtime lover Frank Merlo meet Anja Blomgren, a mysteriously taciturn young Swedish beauty and aspiring actress. Their encounter will go on to alter all of their lives.

Ten years later, Frank revisits the tempestuous events of that fateful summer from his deathbed in Manhattan, where he waits anxiously for Tennessee to visit him one final time. Anja, now legendary film icon Anja Bloom, lives as a recluse in the present-day U.S., until a young man connected to the events of 1953 lures her reluctantly back into the spotlight after he discovers she possesses the only surviving copy of Williams's final play.

What keeps two people together and what breaks them apart? Can we save someone else if we can't save ourselves? Like The Master and The Hours, Leading Men seamlessly weaves fact and fiction to navigate the tensions between public figures and their private lives. In an ultimately heartbreaking story about the burdens of fame and the complex negotiations of life in the shadows of greatness, Castellani creates an unforgettable leading lady in Anja Bloom and reveals the hidden machinery of one of the great literary love stories of the twentieth-century.

A captivating novel of Renaissance Italy detailing the mysterious life of Bartolomeo Scappi, the legendary chef to several popes and author of one of the bestselling cookbooks of all time, and the 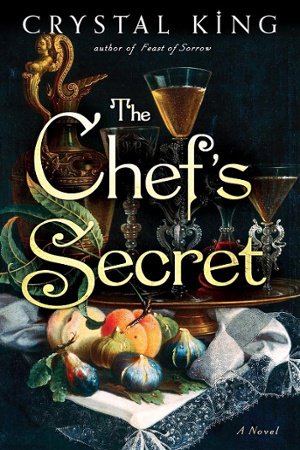 nephew who sets out to discover his late uncle’s secrets—including the identity of the noblewoman Bartolomeo loved until he died.

When Bartolomeo Scappi dies in 1577, he leaves his vast estate—properties, money, and his position—to his nephew and apprentice Giovanni. He also gives Giovanni the keys to two strongboxes and strict instructions to burn their contents. Despite Scappi’s dire warning that the information concealed in those boxes could put Giovanni’s life and others at risk, Giovanni is compelled to learn his uncle’s secrets. He undertakes the arduous task of decoding Scappi’s journals and uncovers a history of deception, betrayal, and murder—all to protect an illicit love affair.

As Giovanni pieces together the details of Scappi’s past, he must contend with two rivals who have joined forces—his brother Cesare and Scappi’s former protégé, Domenico Romoli, who will do anything to get his hands on the late chef’s recipes.

With luscious prose that captures the full scale of the sumptuous feasts for which Scappi was known, The Chef’s Secret serves up power, intrigue, and passion, bringing Renaissance Italy to life in a delectable fashion. 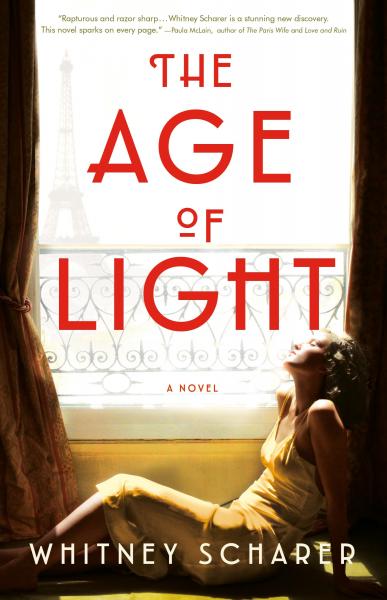 A captivating debut novel by Whitney Scharer, The Age of Light tells the story of Vogue model turned renowned photographer Lee Miller, and her search to forge a new identity as an artist after a life spent as a muse. "I'd rather take a photograph than be one," she declares after she arrives in Paris in 1929, where she soon catches the eye of the famous Surrealist Man Ray. Though he wants to use her only as a model, Lee convinces him to take her on as his assistant and teach her everything he knows. But Man Ray turns out to be an egotistical, charismatic force, and as they work together in the darkroom, their personal and professional lives become intimately entwined, changing the course of Lee's life forever.

Lee's journey takes us from the cabarets of bohemian Paris to the battlefields of war-torn Europe during WWII, from discovering radical new photography techniques to documenting the liberation of the concentration camps as one of the first female war correspondents. Through it all, Lee must grapple with the question of whether it's possible to reconcile romantic desire with artistic ambition-and what she will have to sacrifice to do so. 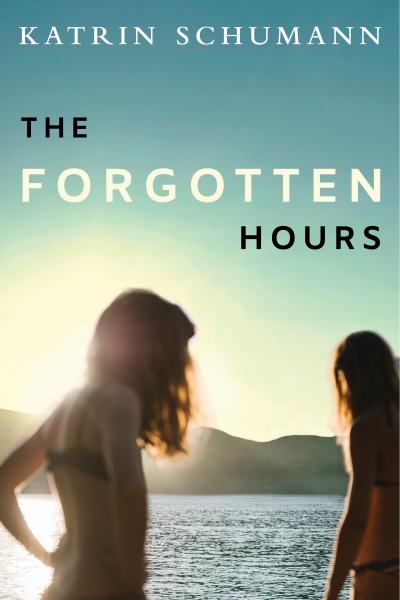 At twenty-four, Katie Gregory feels like life is looking up: she’s snagged a great job in New York City and is falling for a captivating artist—and memories of her traumatic past are finally fading. Katie’s life fell apart almost a decade earlier, during an idyllic summer at her family’s cabin on Eagle Lake when her best friend accused her father of sexual assault. Throughout his trial and imprisonment, Katie insisted on his innocence, dodging reporters and clinging to memories of the man she adores.

Now he’s getting out. Yet when Katie returns to the shuttered lakeside cabin, details of that fateful night resurface: the chill of the lake, the heat of first love, the terrible sting of jealousy. And as old memories collide with new realities, they call into question everything she thinks she knows about family, friends, and, ultimately, herself. Now, Katie’s choices will be put to the test with life-altering consequences. 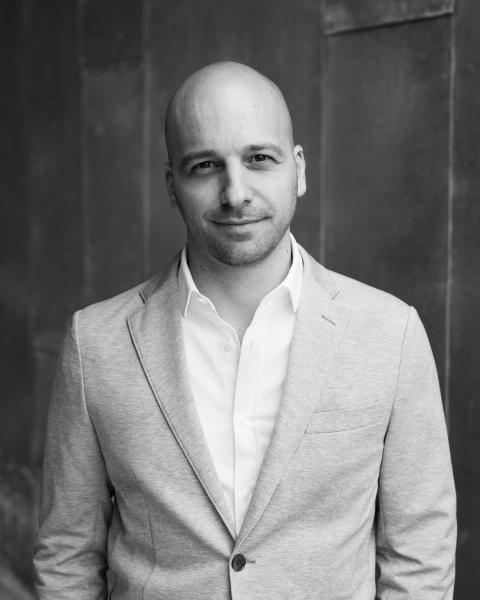 Christopher Castellani is the author of three previous novels (the trilogy A Kiss from Maddalena, The Saint of Lost Things, and All This Talk of Love) and The Art of Perspective, a book of essays on the craft of fiction. He is the son of Italian immigrants, a Guggenheim fellow, and the artistic director of GrubStreet, one of the country's leading creative writing centers. He lives in Boston.

Crystal King is an author, culinary enthusiast, and marketing expert. Her writing is fueled by a love of history and a passion for the food, language, and culture of Italy. She has taught classes in writing, creativity, and social media at several universities including Harvard Extension School and Boston University, as well as at GrubStreet, one of the leading creative writing centers in the US. A Pushcart Prize–nominated poet and former co-editor of the online literary arts journal Plum Ruby Review, Crystal received her MA in critical and creative thinking from UMass Boston, where she developed a series of exercises and writing prompts to help fiction writers in medias res. She is the author of Feast of Sorrow, which was longlisted for the Center for Fiction’s First Novel Prize. 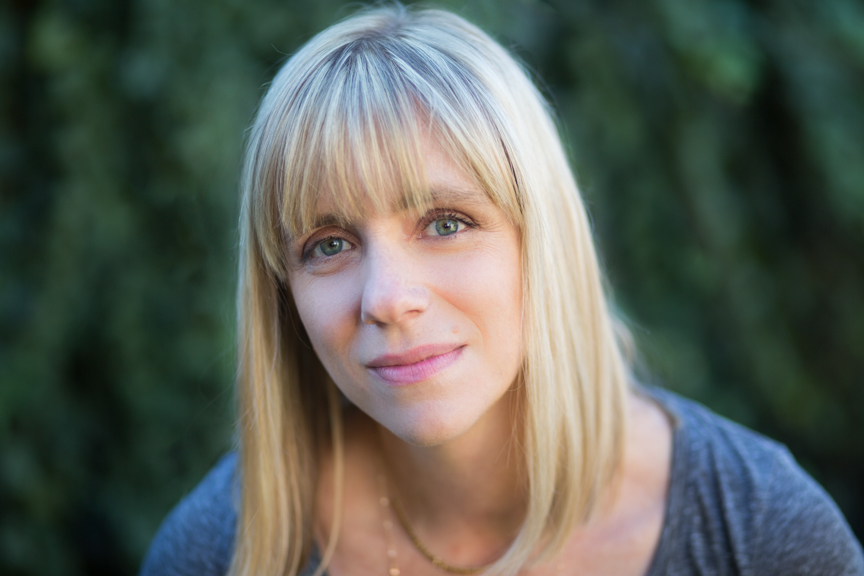 Whitney Scharer received her MFA in creative writing from the University of Washington in 2004. Her short fiction has appeared in numerous journals including New Flash Fiction Review, Cimarron Review, and Bellevue Literary Review. Originally from Colorado, she now lives outside Boston with her family. Her first novel, The Age of Light, based on the life of pioneering photographer Lee Miller, is forthcoming from Little, Brown (US) and Picador (UK) in February, 2019. 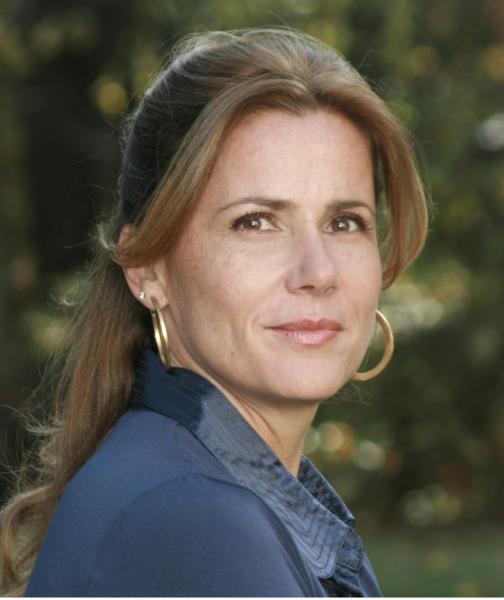 Katrin Schumann studied languages at Oxford and journalism at Stanford, and she is the author of several nonfiction books. She has been awarded fiction residencies from the Vermont Studio Center, the Norman Mailer Writers Colony, and the Virginia Center for the Creative Arts. Schumann teaches writing at GrubStreet in Boston and was an instructor in PEN’s Prison Writing Program. She lives in Boston and Key West. For more information, visit www.katrinschumann.com.

The Chef's Secret: A Novel (Hardcover)

The Age of Light: A Novel (Hardcover)