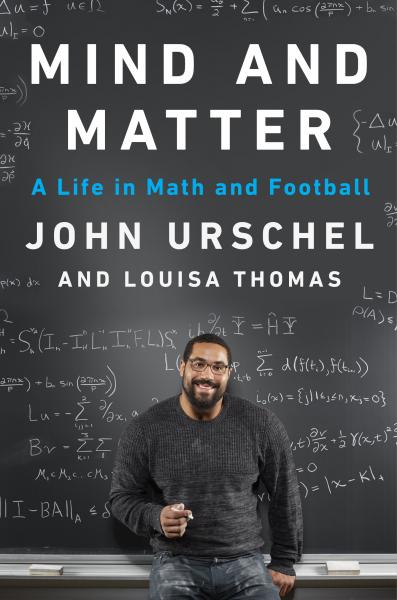 Join John Urschel and Louisa Thomas for a night of rich discussion about John's career and the couple's new book, Mind and Matter: A Life in Math and Football. John will be in conversation with WGBH's Esteban Bustillos.

This event is being held at the Boston Public Library, in Rabb Hall. The front 100 seats are ticketed, and each ticket automatically comes with a copy of Mind and Matter that John will sign. Books can be picked up right outside Rabb Hall before or after the talk. Additional books will be available for purchase that night as well.

Get your tickets (and reserve a book) HERE.

NOTE: You do not need a ticket to attend the event and all are welcome, regardless of RSVP. There will be plenty of books on site available for purchase following the event!

About the Book
For John Urschel, what began as an insatiable appetite for puzzles as a child quickly evolved into mastery of the elegant systems and rules of mathematics. By the time he was thirteen, Urschel was auditing college-level calculus courses. But when he joined his high school football team, a new interest began to eclipse the thrill he once felt in the classroom. Football challenged Urschel in an entirely different way, and he became addicted to the physical contact of the sport. Accepting a scholarship to play football at Penn State, Urschel refused to sacrifice one passion for another, and simultaneously pursued his bachelor's and then master's degrees in mathematics. Against the odds, Urschel found a way to manage his double life as a scholar and an athlete, and so when he was drafted to the Baltimore Ravens, he enrolled in his PhD at MIT.

Weaving together two separate yet bound narratives, Urschel relives for us the most pivotal moments of his bifurcated life. He explains why, after Penn State was sanctioned for the acts of former coach Jerry Sandusky, he turned his back on offers from Ivy League universities and refused to abandon his team, and contends with his mother's repeated request, at the end of every season, that he quit the sport and pursue a career in rocket science. Perhaps most personally, he opens up about the correlation between football and CTE, and the risks he took for the game he loves. Equally at home with both Bernard Riemann's notion of infinity and Bill Belichick's playbook, Urschel reveals how each challenge - whether on the field or in the classroom - has brought him closer to understanding the two different halves of his own life, and how reason and emotion, the mind and the body, are always working together. He asks why, "So often, people want to divide the world into two. Matter and energy. Wave and particle. Athlete and mathematician. Why can't something be both?" 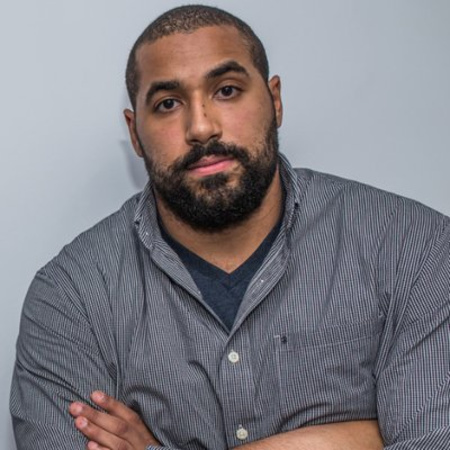 About the authors
John Urschel is a former offensive lineman for the Baltimore Ravens and a PhD candidate at MIT. He has a bachelor's and master's degree in mathematics from Penn State, and in 2013, he won the Sullivan Award, given to "the most outstanding amateur athlete in the United States," and the Campbell Trophy, awarded to the country's top scholar-athlete in college football.

Louisa Thomas is the author of Louisa: The Extraordinary Life of Mrs. Adams and Conscience: Two Soldiers, Two Pacifists, One Family--a Test of Will and Faith in World War I. She is 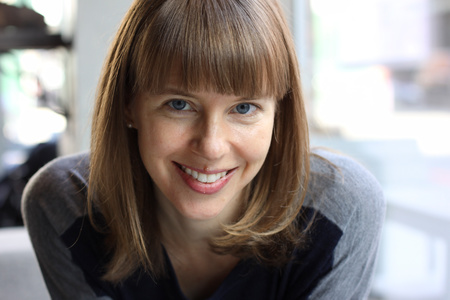 a contributor to the New Yorker's website and a former writer and editor for Grantland. Her writing has appeared in the New Yorker, the Atlantic, the New York Times, Vogue, and other places.

Mind and Matter: A Life in Math and Football (Hardcover)