Join us for a reading and Q&A with Ben Miller, author of "Bad Gays: A Homosexual History," and Professor Aaron Lecklider at Trident Booksellers & Cafe!

History, Lemmey and Miller write, has focused on the easiest gay heroes—like Oscar Wilde or Alan Turing—while forgetting its most complicated queer villains. But their stories, from Alexander the Great to J. Edgar Hoover, have much to tell us about how the sexual identities we understand today came to exist.

Bad Gays excavates this buried history, uncovering the lives of fascist thugs, famous artists, G-men, austere puritans and debauched bon viveurs. Together these stories expand and challenge the mainstream assumptions of sexual identity. "Within their lives are valuable lessons regarding how we came to understand ourselves," the authors write, "and how sex, love, and desire have led people to make world-changing decisions."

Lemmey and Miller also show how white gay men have, throughout history, reified and worshipped power in effort to justify their own identities, often claiming normalcy at the expense of gender non-conforming people and people of color. According to author Olivia Laing, "Delectable gossip aside, this revelatory book is really an account of toxic power relations, always with an eye to a better, stranger, wilder future."

Ben Miller is a writer and researcher living in Berlin, where he is currently a Doctoral Fellow at the Graduate School of Global Intellectual History at the Freie Universität. He has written for the New York Times, Literary Hub, the Los Angeles Review of Books, and Tin House, and is the author of The New Queer Photography. He is a member of the board of the Schwules Museum, a queer museum and archive.

Aaron Lecklider is Professor of American Studies at the University of Massachusetts Boston. He is the author of two books, most recently Love's Next Meeting: The Forgotten History of Homosexuality and the Left in American Culture, which was named a PopMatters Best Book of 2021. He also has written pieces about queer politics and culture for publications such as the Washington Post, Slate, and Abusable Past, as well as in many edited books and journals. 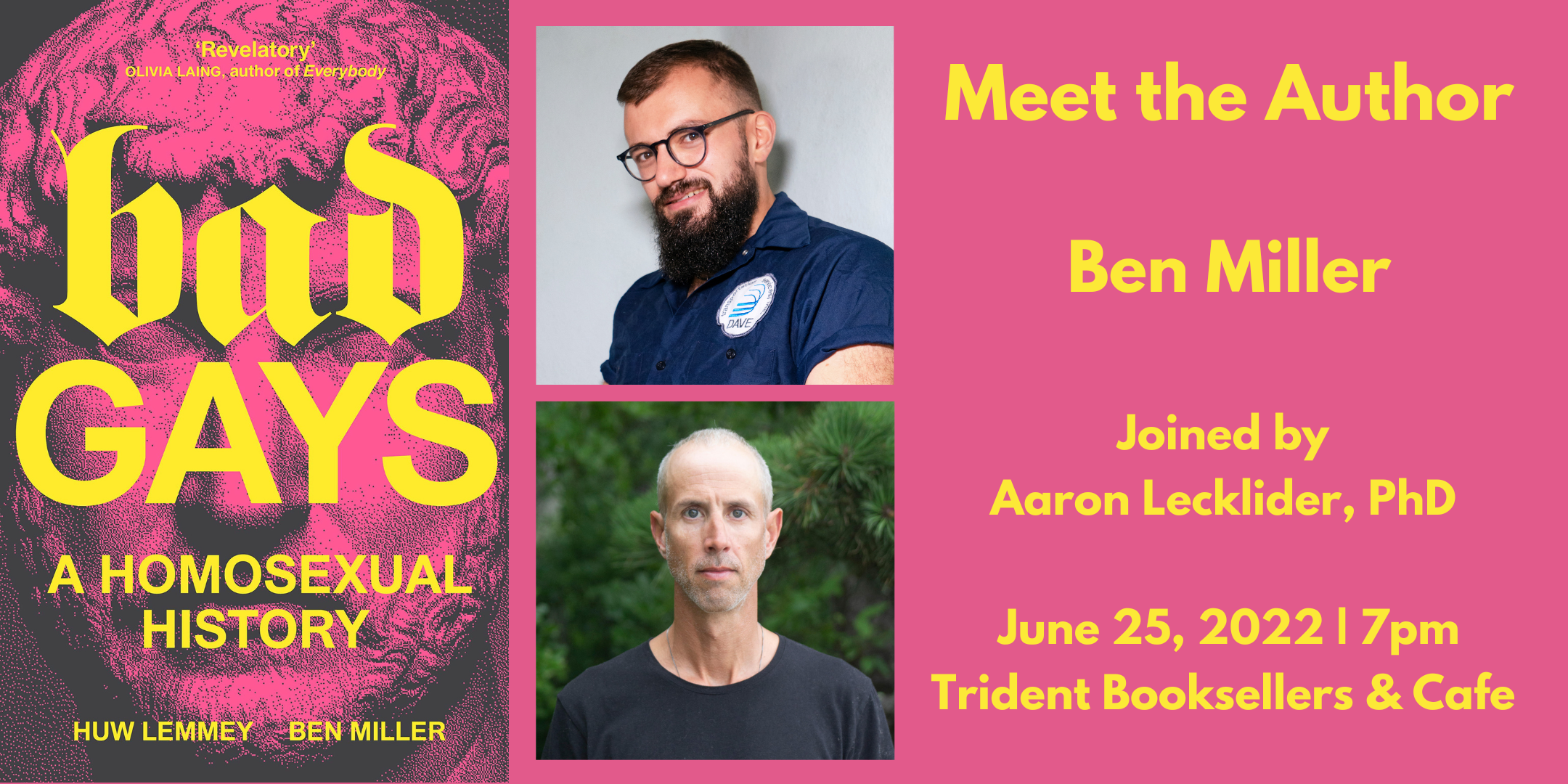