How to Travel Better with Seth Kugel and Christopher Muther

Join us for a lively and informative discussion on "How to Travel Better" with Seth Kugel, the New York Times's "Frugal Traveler" from 2010 to 2016 and author of the new book Rediscovering Travel, and Christopher Muther, travel columnist for The Boston Globe.

Read more about Rediscovering Travel and the two writers below! 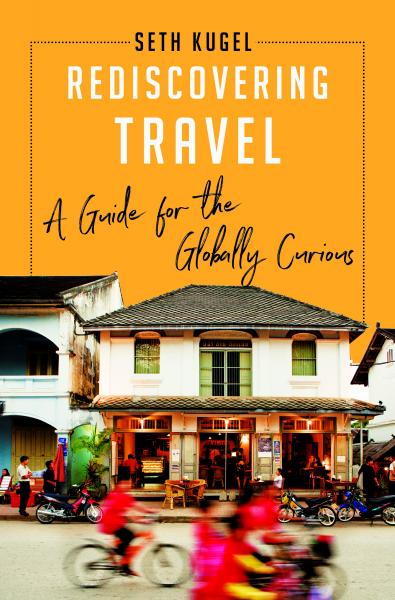 After years traipsing the globe as the Frugal Traveler for the New York Times, Seth Kugel knows the secret to travel; and it’s not a fancy app, a massive budget, or even sunblock. With REDISCOVERING TRAVEL, the internationally beloved travel writer compels you to get off the grid, embrace the inevitable wrong turns, and realize that the best trips are the ones we do not plan.

Employing this signature philosophy of whimsy and practicality, Kugel takes the modern travel industry to task, determined to reignite humanity’s age-old sense of adventure that has virtually been vanquished by the spontaneity-obliterating likes of Google Maps, TripAdvisor, and Starwood points. To do so, he offers the concept of “organic travel”—making an extra effort to avoid the industry’s sugary and over-processed temptations. Instead of hopping on a tour bus and cramming a whole city into a day, for example, he urges you to crack open the itinerary, leaving a few empty hours—even just minutes—for whatever comes your way. What if, instead of planning out every single meal you’re going to eat in Paris, you use your high-school level French to ask strangers on the street for recommendations? Sure, there’s a chance you’ll end up with a disappointing croissant; but Kugel would argue that the great dishes will taste even better for having come across them on your own.

Seth Kugel, the New York Times’s “Frugal Traveler” from 2010 to 2016, has appeared on CBS This Morning, NPR, and BBC Travel. He hosts the YouTube channels “Globally Curious” and
“Amigo Gringo,” and lives in New York.

Christopher Muther is a local travel writer and columnist for The Boston Globe. He graduated from the University of Massachusetts and has taught at Massachusetts College of Art and Design.

Rediscovering Travel: A Guide for the Globally Curious (Hardcover)