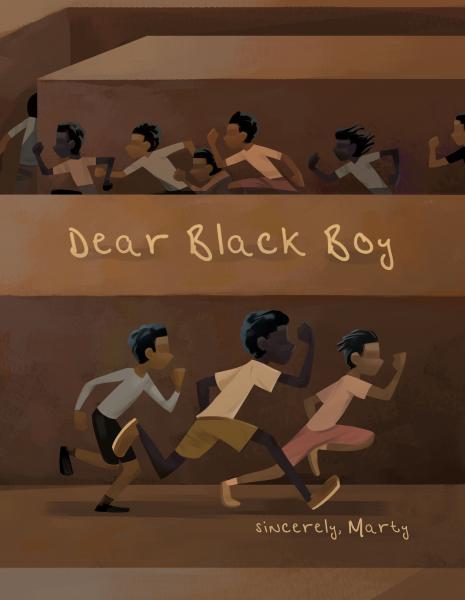 Dear Black Boy is an illustrated book adapted from Martellus' letter of inspiration to black kids following the 2016 shootings of Philando Castile and Alton Sterling. In Dear Black Boy, Bennett twists the usual sports tropes into words of encouragement for young black boys to remind them they’re more than an athlete, a jersey number or great stats and that the biggest game they’ll play is the game of life. The original letter (found here) is incredibly moving and wildly popular. Now in the book form, Martellus is combining his artistic skills with his letter to inspire a new generation.

Even when Martellus Bennett was in the NFL catching passes, stiff-arming defenders and winning a Super Bowl, he always knew football was his low-hanging fruit.  He was determined to climb the tree, where the sweetest fruit rested, to earn a real victory in the game of life. In search of that win, Martellus has dedicated himself to building the Imagination Agency, a storytelling studio creating great adventures that kids of color can relate to. Along the way, he played a decade in the NFL, has written and published three books, created an animated series, made music, been named to The Root 100, Adweek Creative 100 and Forbes 30 Under 30 and more. He is driven by the belief that black and brown boys can change the world for us all with the power of imagination.