DAVID FENTON, named “one of the 100 most influential PR people” by PR Week and “the Robin Hood of public relations” by The National Journal, founded Fenton in 1982 to create communications campaigns for the environment, public health and human rights. For over four decades he has pioneered the use of PR, social media and advertising techniques for social change.

BILL LICHTENSTEIN is a journalist and documentary producer. Winner of more than sixty major journalism awards, he has written for publications including the New York Times, the Nation, the Village Voice, and the Boston Globe, and produced and directed the feature-length documentary, WBCN and the American Revolution. He worked at WBCN from 1971 to 1977, beginning as a teenage volunteer on the station's “Listener Line.”

Using concrete examples from his half-century career, Fenton lays out 12 principles of activist communications, urging Democrats and progressives to utilize them to help reverse conservative messaging dominance. He also critiques “woke” language on the left for violating principle #1 — “craft simple messages everyone can understand.”

Fenton got his start as a high-school dropout in the late 1960s, photographing tear gas, riots and rock stars for anti-war, counter-cultural “underground” newspapers. He crossed over into activist public relations in the 70s, first in Ann Arbor, Michigan, as part of a hippie activist commune active in the early marijuana legalization movement. Yippie Abbie Hoffman was his first PR Professor. After becoming the head of PR for Rolling Stone magazine, he co-produced the 1979 No-Nukes Concerts at Madison Square Garden with Bruce Springsteen, Jackson Browne, Gil Scott-Heron, Bonnie Raitt, Chaka Khan, Carly Simon, James Taylor, the Doobie Brothers and many others.

Founding Fenton to counter the growing influence of corporate public relations, he recounts his firm’s early campaigns to overthrow apartheid, reverse the nuclear arms race, oppose racist drug laws and mass incarceration, save endangered species and reduce toxic pesticide exposure. Fenton’s 1989 campaign for NRDC successfully banning the pesticide alar in apples earned him the enmity of the right, which continues today. His firm also played an important role in early digital advocacy, including the building of MoveOn.org.

Fenton worked closely with Al Gore on climate change — ultimately selling his firm in 2015 to work on climate survival full-time. The book includes a candid portrait of Gore, and a chapter devoted to what Fenton calls “Climate Change: A Communications Failure.” Among David Fenton’s most recent climate work is the campaign to vastly reduce Bitcoin’s energy use, www.cleanupbitcoin.com, and efforts to win more Republicans to the climate cause.

The Activist’s Media Handbook includes over 150 photographs, graphics and examples of iconic activist advertising produced by Fenton over the decades, including the infamous “General Betray-Us” ad accusing General David Petraeus of distorting the Iraq war. This ad was formally censured by both houses of Congress, an historic first.

Fenton’s career spans the modern history of the American left. Yet his book cautions against the sectarianism, ideological rigidity, excessive identity politics, cancel-culture and divisiveness which characterizes too much of the left today. Using linguistics and cognitive science, he explains, for example, how the public hears slogans like “defund the police” as “you don’t want any police to protect me.” Such cluelessness is a gift to the right and its campaign against democracy in America. (The book’s introduction is by famed linguist George Lakoff).

The Activist’s Media Handbook also lays out concrete proposals for how to rein in the cancerous disinformation intentionally spread by Fox “News” and on social media. “You can have a democracy, or you can have completely unregulated social media, but you can’t have both,” he writes.

From working directly with Nelson Mandela on his first U.S. tour and 1994 Presidential campaign in South Africa, convincing Fidel Castro to ditch his green army uniform, exposing CIA crimes in Central America, helping to save swordfish and the spotted owl from extinction, helping Yoko Ono and Sean Lennon ban fracking in New York State, arranging fugitive Abbie Hoffman’s return from years underground, staging the 1975 “Win a Pound of Colombian Marijuana” contest, Fenton tells a rollicking good tale with clear lessons for the next generation of activists.

The National Journal called David Fenton “the Robin Hood of public relations” for using the tactics of big-money corporate pr for nonprofit public interest groups. PR Week named him on the 100 most influential PR people. In praising his book, Jane Fonda says “Fenton has helped progressive activists reach the media and public since the late 1960s. In the struggles against apartheid, the nuclear arms race, unjust wars, racist drug laws, to stop climate and toxic pollution, his work has helped movements advance justice.”

“Any student of American history in the last half-century will profit from this inside account--and anyone trying to make change now will profit from grappling with these hard-earned lessons,” writes author and activist Bill McKibben. 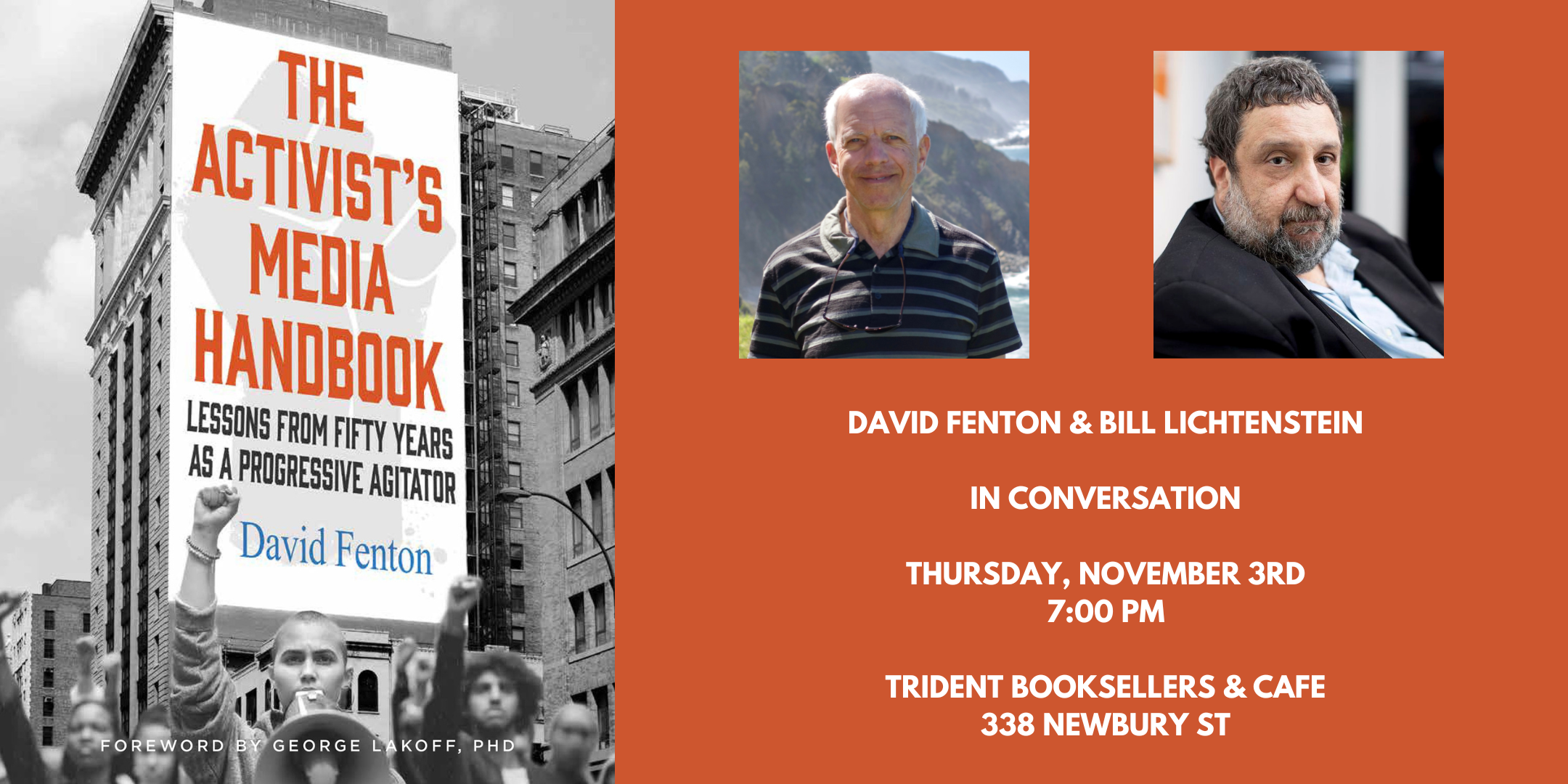