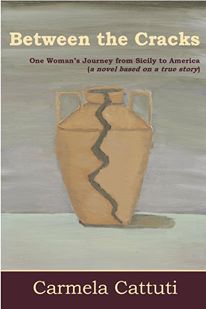 Join author Carmela Cattuti as her man character, Angela Lanza, takes you on a journey from early 20th century Sicily through 1950s America. Along the way, Angela introduces us to characters who she influences with her creativity. She demonstrates how walks between her Sicilian culture and a changing American landscape.

Between the Cracks: One Woman's Journey from Sicily to America: Join Angela Lanza as she experiences the tumultuous world of early 20th century Sicily and New York. Orphaned by the earthquake and powerful eruption of Mt. Etna in 1908, Angela is raised in the strict confines of an Italian convent. Through various twists of fate, she is married to a young Italian man whom she barely knows, then together with her spouse, immigrates to the US. 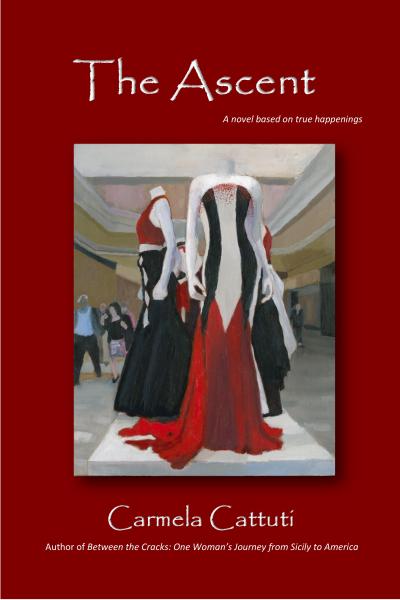 The Ascent: The sequel to Between the Cracks, this story invites the reader to accompany Angela Lanza as she builds her life in America during the first half of the 20th century. A Sicilian immigrant, she manages to assimilate into the social life of a small town outside of New York City. Through the horrors of war, domestic tragedy, and raising her sister-in-law's children, hers is a successful immigrant experience. Angela seeks to transcend organized religion and develop her spirituality. She is able to influence three generations of Americans through her artistic sensibility and a sharpened intuition. The book parallels America's growth with Angela's growing sense of who she is in the world. 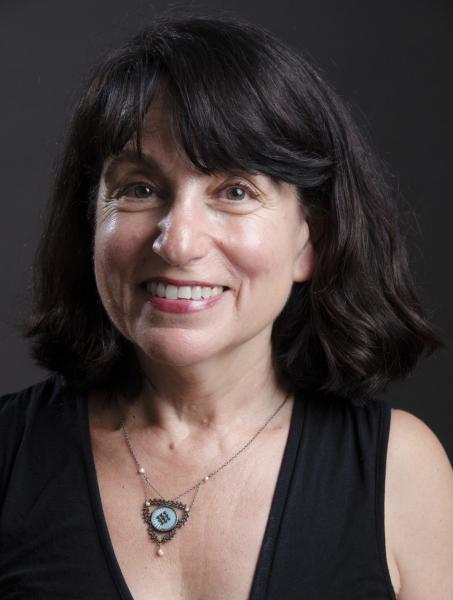 Carmela Cattuti started her writing career as a journalist for the Somerville News in Boston, MA. After she finished her graduate work in English Literature from Boston College, she began to write creatively and taught a journal-writing course at the Cambridge Center for Adult Education. As fate would have it, she felt compelled to write her great aunt's story. Between the Cracks has gone through several incarnations and will now become a trilogy. The Ascent is the second novel that explores the main character's influence on three generations of Americans.

Between the Cracks: One Woman's Journey from Sicily to America (Paperback)