While San Francisco was celebrating a psychedelic Summer of Love in 1967, Boston stayed buttoned up and battened down. But that changed the following year, when a Harvard Law School graduate student named Ray Riepen founded a radio station that played music that young people, including the hundreds of thousands at Boston-area colleges, actually wanted to hear. WBCN-FM featured album cuts by such artists as the Mothers of Invention, Aretha Franklin, and Cream, played by announcers who felt free to express their opinions on subjects that ranged from recreational drugs to the war in Vietnam. In this engaging and generously illustrated chronicle, Peabody Award-winning journalist and one-time WBCN announcer Bill Lichtenstein tells the story of how a radio station became part of a revolution in youth culture.

At WBCN, creativity and countercultural politics ruled: there were no set playlists; news segments anticipated the satire of The Daily Show; on-air interviewees ranged from John Lennon and Yoko Ono to Noam Chomsky; a telephone “Listener Line” fielded questions on any subject, day and night. From 1968 to Watergate, Boston's WBCN was the hub of the rock-and-roll, antiwar, psychedelic solar system. A cornucopia of images in color and black and white includes concert posters, news clippings, photographs of performers in action, and scenes of joyousness on Boston Common. Interwoven through the narrative are excerpts from interviews with WBCN pioneers, including Charles Laquidara, the “news dissector” Danny Schechter, Marsha Steinberg, and Mitchell Kertzman.

WBCN and the American Revolution: How a Radio Station Defined Politics, Counterculture, and Rock and Roll (Hardcover) 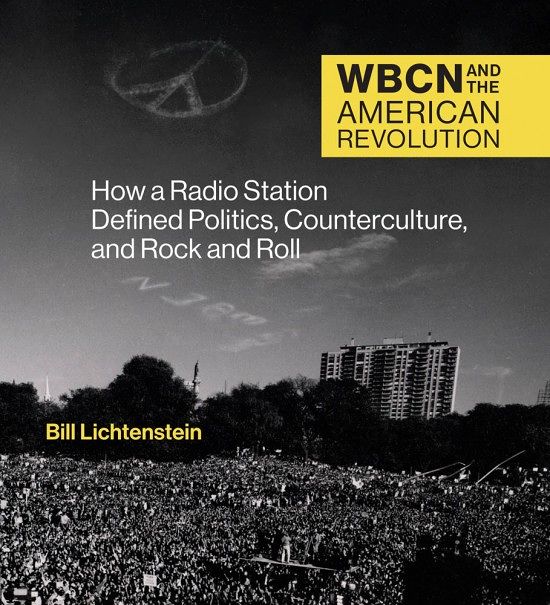