The Boston Tee Hee Party Presents: Comedy at the Trident

Chris Sintetos is a new comedian in the Boston stand-up scene; his comedy tends to blend real-world storytelling with bizarre observationalism. Chris has been performing all around the greater Boston area for the past year at venues such as the Comedy Studio. When he's not doing stand-up, Chris enjoys walking out on movies that didn’t meet his expectations and then texting everyone he knows, explaining why they shouldn’t see it.

Caroline Moore is a writer and comedian from Boston. She has her MFA in Screenwriting from DePaul University and has been a Second Rounder at Austin Film Fest and a finalist at the Women’s Comedy Film Fest in Atlanta. She has also performed standup in Nashville and has done improv and sketch in Chicago. The last time she cried in public was on the 1 bus.

Jesse Sannicandro is a Boston based comedian with experience in standup and improv. He has performed with his indie improv team, Firm Maybe, at The Rozzie Square Theater, ImprovBoston, and Trident Booksellers & Cafe.

Angela Sawyer (Headliner) is a professional middle-aged nice-lady, very artsy, who runs both weekly and monthly comedy shows in terrible bars around Boston. She has an album of zoom stories on bandcamp.and used to own a record shop named Weirdo. She has done things like released two albums at the same time, fronted a hardcore band, hosted shows right inside her house, gone to school for philosophy, performed throwing cake at a lady who was throwing cake back, recorded an album inside a car, drank an absurd amount of diet coke, and a bunch of other silly stuff she has mostly forgotten because she is quite old. She still plays music around town sometimes too. 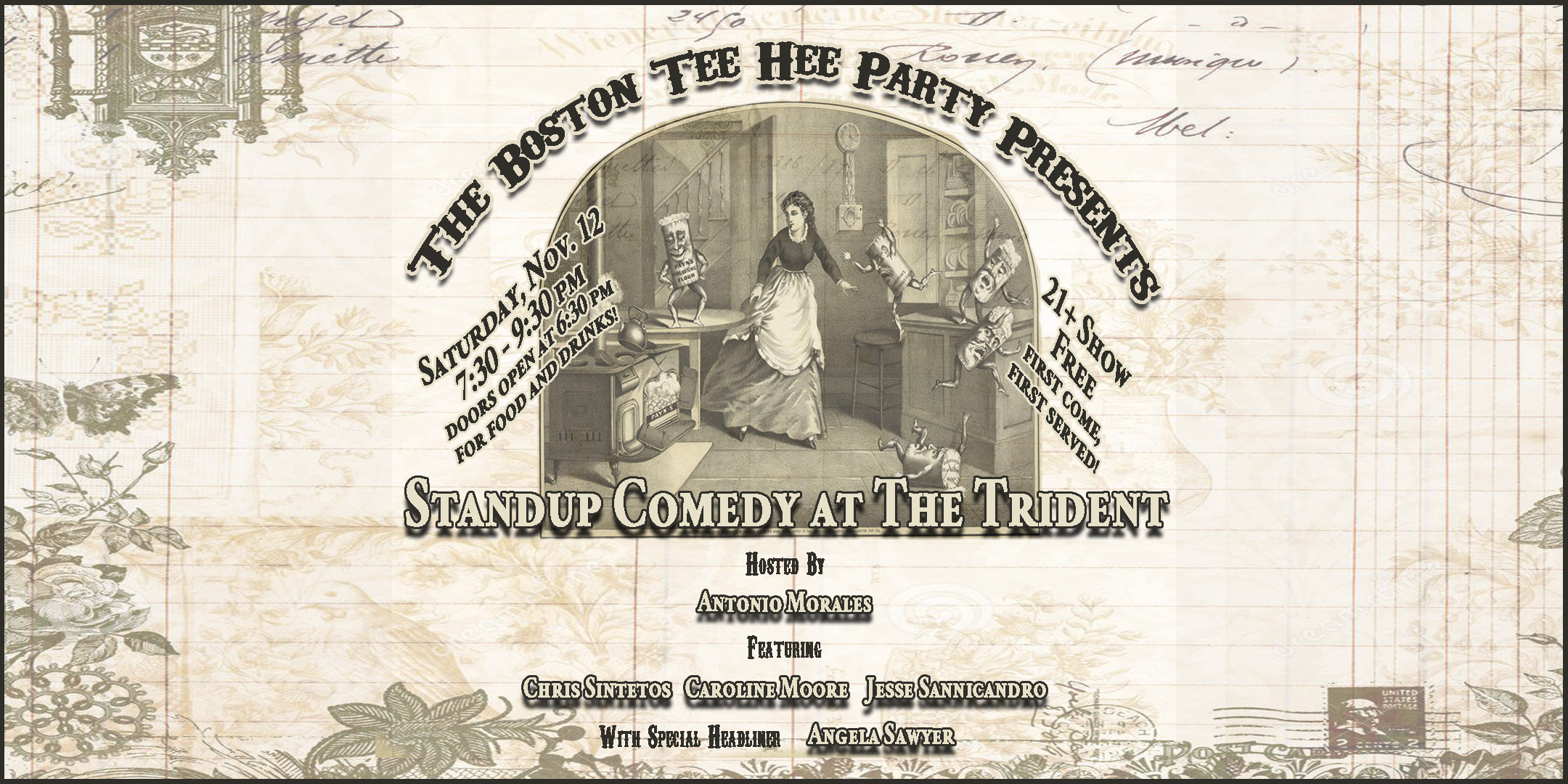