The Agony and the Ecstasy of Publishing: Three Authors Let Their Hair Down For Reals

A rollicking,free-form discussion between Erica Ferencik, a second-time-around thriller novelist, Joseph Moldover, a debut YA novelist, and Sandra Miller, a debut memoir novelist. They'll discuss each of their publishing processes and how they got to where they are now. Followed by a lively Q&A and book signing.

If you’re working in the book-publishing or book-manufacturing industries—or want to—then join Bookbuilders of Boston (bbboston.org) at 6:00, before the discussion, for some warm-up rollicking with your fellow publishing professionals over good food and drink. 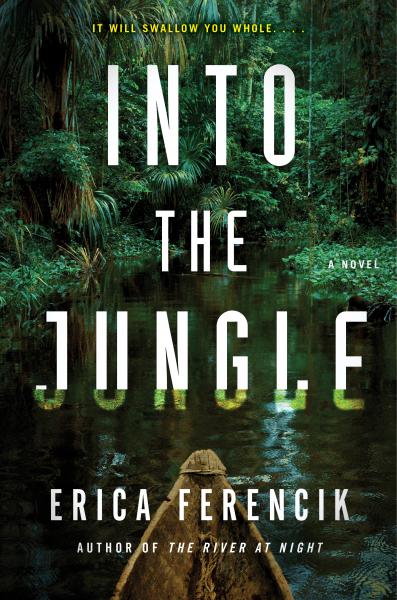 Into the Jungle: When the teaching job that lures scrappy 19-year-old foster care survivor Lily Bushwold, the narrator of this ferocious fever dream of a thriller from Ferencik (The River at Night), from Boston to Cochabamba, Bolivia, falls through, she decides to stay on. In Cochabamba, Lily falls hard for handsome mechanic Omar, and then, through the stories he tells, for the remote Amazonian jungle where his clan has lived for seven generations. So when Omar’s brother Panchito arrives from Ayachero, the tiny village Omar left years earlier, to ask Omar to return to lead the hunt for the jaguar that has killed their four-year-old nephew, Lily begs to go with him—pythons, tarantulas, and menacing neighboring Tatinga tribe be damned. And that’s not the half of it, Lily discovers once in Ayachero. Despite Lily’s fluent Spanish, Omar’s family and friends are none too welcoming to a gringa lacking any discernible skills to help a struggling community squeezed between ruthless poachers and the Tatinga. Ferencik delivers an alternately terrifying and exhilarating tale.

Joseph Moldover makes his authorial debut with Every Moment After, a heart-wrenching coming-of-age story amid two friends and a poignant take on a timely issue.  Matt and 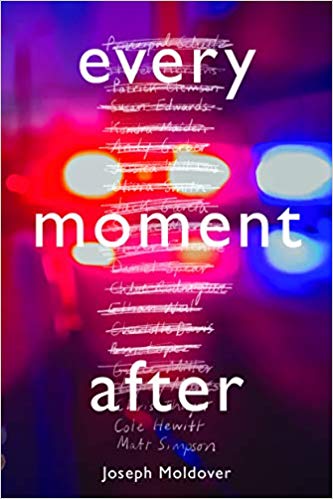 Cole learn to grapple with the longevity of grief and what it means to live in this emotionally complex novel that explores the long-term effects of gun violence and trauma on young adults.

Eleven years after a shooting rocked the small town of East Ridge, New Jersey and left eighteen first graders in their classroom dead, survivors and recent high school graduates Matt Simpson and Cole Hewitt are still navigating their guilt and trying to move beyond the shadow of their town's grief. Will Cole and Matt ever be able to truly leave the ghosts of East Ridge behind? Do they even want to?

As they grapple with changing relationships, falling in love, and growing apart, these two friends must face the question of how to move on—and truly begin living. 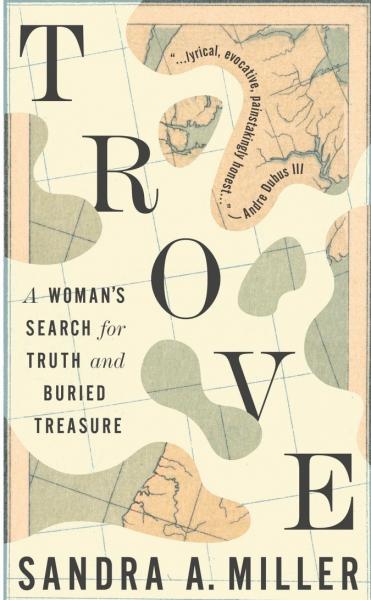 Trove is the story of a woman whose life is upended when she begins an armchair treasure hunt—a search for $10,000 worth of gold coins buried in New York City, of all places—with a man who, as she points out, is not her husband. In this eloquent, hilarious, sharply realized memoir, Sandra A. Miller grapples with the regret and confusion that so often accompanies middle age, and the shame of craving something more when she has so much already.

In a very real way, Miller has spent her life hunting for buried treasure. As a child, she trained herself to find things: dropped hair clips, shiny bits of broken glass, discarded lighters. Looking to escape from her volatile Catholic parents and often-unhappy childhood, Miller found deeper meaning, and a good deal of hope, in each of these objects.

Now an adult and facing the loss of her last living parent—her mother who is, at once, cold, difficult, and wildly funny—Miller finds herself, as she so often did as a little girl, pressed against a wall of her own longing. Her search for gold, which soon becomes an obsession, forces her to dredge up painful pieces of her past, confront the true source of her sorrow, and, finally, discover what it is she has been looking for all these years. 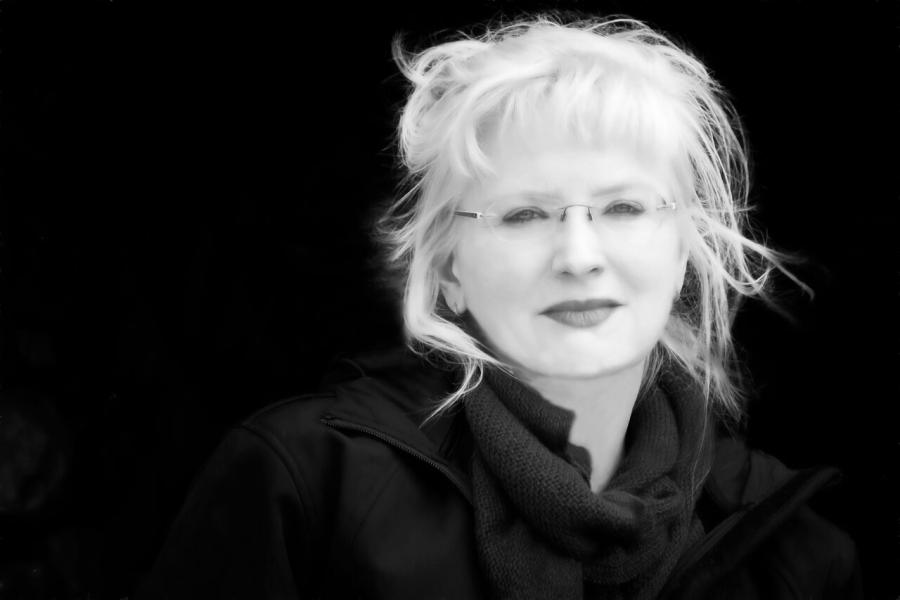 Oprah chose Erica Ferencik’s debut novel, The River at Night as a #1 Pick, calling the book “the page-turning novel you’ve been waiting for, a heart-pounding debut.” Entertainment Weekly named it a “Must Read,” and calls the novel “harrowing…a visceral, white knuckle rush,” and Miramax has recently optioned the novel for a film. Her new novel, Into the Jungle, one woman's terrifying journey of survival in the Bolivian Amazon, will be released in May, 2019. Publishers Weekly gave it a starred review, calling it: “[A] ferocious fever dream of a thriller… Ferencik delivers an alternately terrifying and exhilarating tale.” Her work has appeared in Salon and The Boston Globe, as well as on National Public Radio. 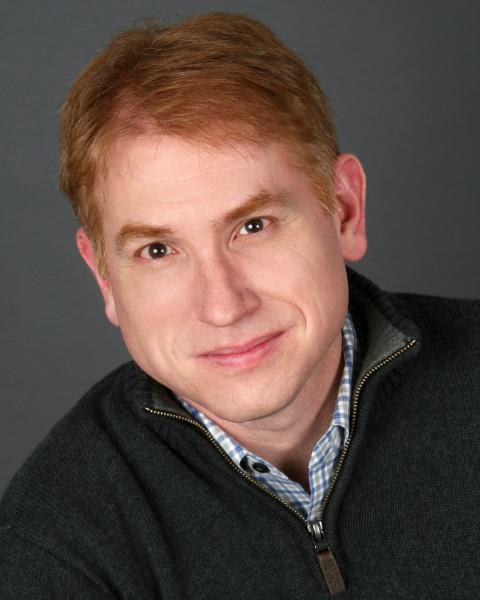 Joseph Moldover is a clinical psychologist who works with children, teenagers, and their families.  He lives with his wife and their four children in Massachusetts.  He has published a number of short stories, mostly under the name Joseph Sloan. Every Moment After is his debut novel.

Sandra A. Miller's writing has appeared in over one-hundred publications, including Spirituality & Health, Modern Bride, The Christian Science Monitor, Yankee, FamilyFun, and The 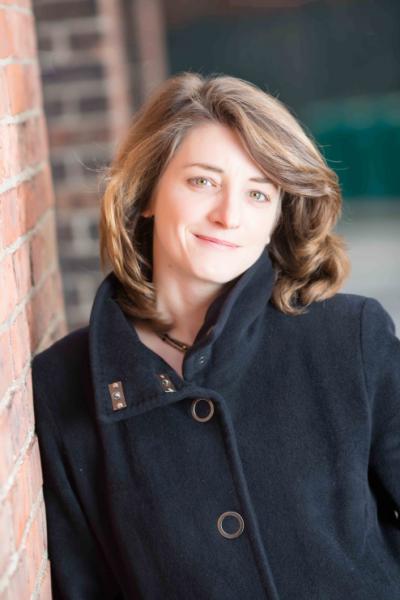 Boston Globe Sunday Magazine, for which she is a regular correspondent.  One of her essays was turned into a short film called "Wait," directed by Trudie Styler, and starring Kerry Washington. For two years she wrote scripts for 11 Central Ave., a radio comic strip that ran on public radio stations around the country. Her memoir, TROVE, A Women’s Search for Truth and Buried Treasure will be released in September. She is an adjunct faculty member at the University of Massachusetts, Lowell, teaching in both the journalism and creative writing tracts. She lives in Arlington, MA with her husband and has two children. When she isn’t writing, teaching, or travelling, she is likely out in a field looking for treasure.

Into the Jungle (Hardcover)

Every Moment After (Hardcover)

Trove: A Woman's Search for Truth and Buried Treasure (Paperback)