Aging and Activism: Madeleine Kunin and John Leland in Conversation

Join Vermont's first and only female governor, Madeleine Kunin, and celebrated New York Times reporter, John Leland, for a discussion on growing older, happier and more engaged in prevalent social issues. Both authors will read from their books on aging and discuss what it means to come into old age in America today, and how that personal transformation can make the world a better place.

We are happy to be partnering with Cabot Cheese for this event! Complimentary cheese platters will be available to attendees. 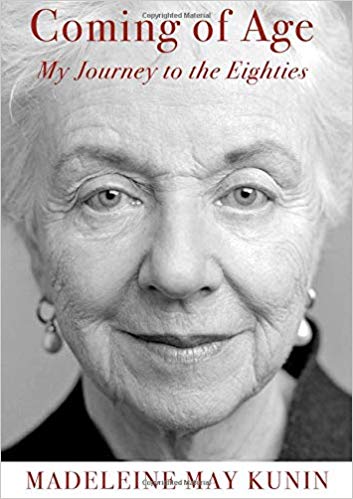 Many readers are already familiar with Madeleine Kunin, the former three-term governor of Vermont, who served as the deputy secretary of education and ambassador to Switzerland under President Bill Clinton. In her newest book, a memoir entitled Coming of Age: My Journey to the Eighties, the topic is aging, but she looks well beyond the physical tolls and explores the emotional ones as well. And she has had an extraordinary life: governor, ambassador, feminist, wife, mother, professor, poet, and much, much more. As recently reported in The New York Times, a girl born today can expect to live to the age of ninety, on average. Life expectancy, for many, is increasing, yet people rarely contemplate the emotional changes that come alongside the physical changes of aging. Madeleine wants to change that. Coming of Age takes a close and incisive look at what it is like to grow old. The book is a memoir, yet most important of all, it is an honest and positive look at aging and how it has affected her life.

In 2015, when the award-winning journalist John Leland set out on behalf of The New York Times to meet members of America's fastest-growing age group, he anticipated learning of 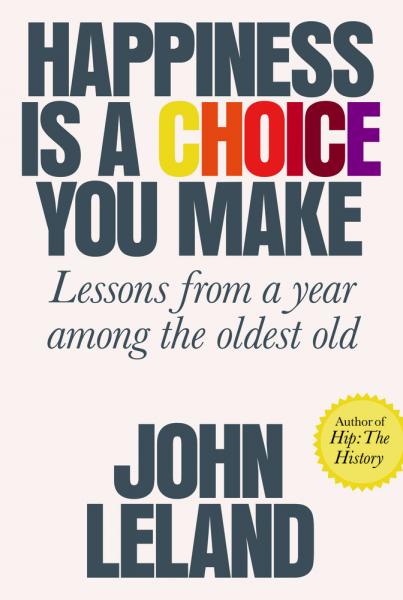 challenges, of loneliness, and of the deterioration of body, mind, and quality of life. But the elders he met took him in an entirely different direction. Despite disparate backgrounds and circumstances, they each lived with a surprising lightness and contentment. The reality Leland encountered upended contemporary notion of aging, revealing the late stages of life as unexpectedly rich and the elderly as incomparably wise. Happiness is a Choice You Make is an enduring collection of lessons that emphasizes, above all, the extraordinary influence we wield over the quality of our lives. With humility, heart and wit, Leland has crafted a sophisticated and necessary reflection on how to "live better" -- informed by those who have mastered the art.

Governor Madeleine Kunin has written three previous books: Living a Political Life, The New Feminist Agenda: Defining the Next Revolution for Women, Work, and Family, and Pearls Politics and Power. She has more energy than two 40-year-olds. She is currently James Marsh Professor-at-Large at teh University of Vermont where she gives guest lectures on feminism and women and politics. She also serves on the board of the Institute for Sustainable Communities (ISC), a nongovernmental organization that she founded in 1991, and she recently launched Emerge Vermont to encourage and support women in politics. She lives in Shelburne, Vermont.

John Leland is a reporter at The New York Times, where he wrote a yearlong series that became the basis for Happiness Is a Choice You Make, and the author of two previous 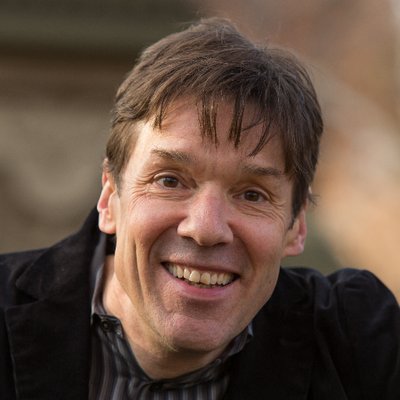 books, Hip: The History and Why Kerouac Matters: The Lessons of "On the Road". Before joining the Times he was a senior editor at Newsweek, editor-in-chief of Details, a reporter at Newsday and a writer and editor at Spin magazine.

Coming of Age: My Journey to the Eighties (Hardcover)

Happiness Is a Choice You Make: Lessons from a Year Among the Oldest Old (Hardcover)