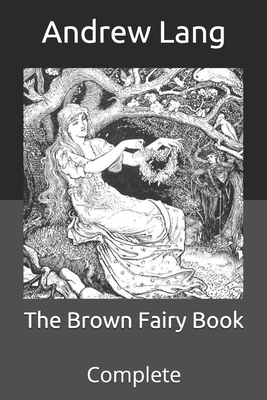 The stories in this Fairy Book come from all quarters of the world. For example, the adventuresof 'Ball-Carrier and the Bad One' are told by Red Indian grandmothers to Red Indian children whonever go to school, nor see pen and ink. 'The Bunyip' is known to even more uneducated little ones, running about with no clothes at all in the bush, in Australia. You may see photographs of thesemerry little black fellows before their troubles begin, in 'Northern Races of Central Australia, ' byMessrs. Spencer and Gillen. They have no lessons except in tracking and catching birds, beasts, fishes, lizards, and snakes, all of which they eat. But when they grow up to be big boys and girls, theyare cruelly cut about with stone knives and frightened with sham bogies all for their good' theirparents say and I think they would rather go to school, if they had their choice, and take their chanceof being birched and bullied. However, many boys might think it better fun to begin to learnhunting as soon as they can walk. Other stories, like 'The Sacred Milk of Koumongoe, ' come fromthe Kaffirs in Africa, whose dear papas are not so poor as those in Australia, but have plenty ofcattle and milk, and good mealies to eat, and live in houses like very big bee-hives, and wear clothesof a sort, though not very like our own. 'Pivi and Kabo' is a tale from the brown people in the islandof New Caledonia, where a boy is never allowed to speak to or even look at his own sisters; nobodyknows why, so curious are the manners of this remote island. The story shows the advantages ofgood manners and pleasant behaviour; and the natives do not now cook and eat each other, but liveon fish, vegetables, pork, and chickens, and dwell in houses. 'What the Rose did to the Cypress, ' is astory from Persia, where the people, of course, are civilised, and much like those of whom you readin 'The Arabian Nights.' Then there are tales like 'The Fox and the Lapp' from the very north ofEurope, where it is dark for half the year and day-light for the other half. The Lapps are a people notfond of soap and water, and very much given to art magic. Then there are tales from India, told toMajor Campbell, who wrote them out, by Hindoos; these stories are 'Wali Dad the Simple-hearted, 'and 'The King who would be Stronger than Fate, ' but was not so clever as his daughter. FromBrazil, in South America, comes 'The Tortoise and the Mischievous Monkey, ' with the adventures ofother animals. Other tales are told in various parts of Europe, and in many languages; but all people, black, white, brown, red, and yellow, are like each other when they tell stories; for these are meantfor children, who like the same sort of thing, whether they go to school and wear clothes, or, on theother hand, wear skins of beasts, or even nothing at all, and live on grubs and lizards and hawks andcrows and serpents, like the little Australia.