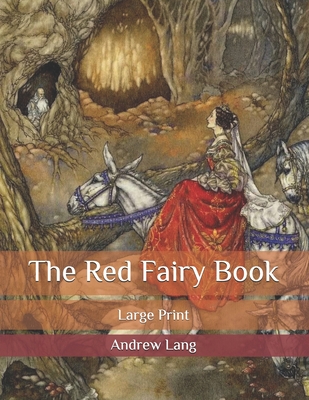 ONCE upon a time there lived a King and Queen whose children had all died, first one andthen another, until at last only one little daughter remained, and the Queen was at her wits'end to know where to find a really good nurse who would take care of her, and bring herup. A herald was sent who blew a trumpet at every street corner, and commanded all thebest nurses to appear before the Queen, that she might choose one for the little Princess. Soon the appointed day the whole palace was crowded with nurses, who came from the fourcorners of the world to offer themselves, until the Queen declared that if she was ever tosee the half of them, they must be brought out to her, one by one, as she sat in a shadywood near the palace.This was accordingly done, and the nurses, after they had made their curtsey to the Kingand Queen, ranged themselves in a line before her that she might choose. Most of themwere fair and fat and charming, but there was one who was dark-skinned and ugly, andspoke a strange language which nobody could understand. The Queen wondered how shedared offer herself, and she was told to go away, as she certainly would not do. Upon whichshe muttered something and passed on, but hid herself in a hollow tree, from which shecould see all that happened. The Queen, without giving her another thought, chose a prettyrosy-faced nurse, but no sooner was her choice made than a snake, which was hidden in thegrass, bit that very nurse on her foot, so that she fell down as if dead. The Queen was verymuch vexed by this accident, but she soon selected another, who was just stepping forwardwhen an eagle flew by and dropped a large tortoise upon her head, which was cracked inpieces like an egg-shell. At this the Queen was much horrified; nevertheless, she chose athird time, but with no better fortune, for the nurse, moving quickly, ran into the branch ofa tree and blinded herself with a thorn. Then the Queen in dismay cried that there must besome malignant influence at work, and that she would choose no more that day; and shehad just risen to return to the palace when she heard peals of malicious laughter behindher, and turning round saw the ugly stranger whom she had dismissed, who was makingvery merry over the disasters and mocking everyone, but especially the Queen. Thisannoyed Her Majesty very much, and she was about to order that she should be arrested, when the witch-for she was a witch-with two blows from a wand summoned a chariot offire drawn by winged dragons, and was whirled off through the air uttering threats andcries. When the King saw this he cried: 'Alas now we are ruined indeed, for that was no other than the Fairy Carabosse, who hashad a grudge against me ever since I was a boy and put sulphur into her porridge one dayfor fun.