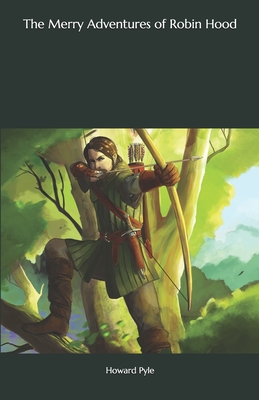 IN MERRY ENGLAND in the time of old, when good King Henry the Second ruled the land, there lived within the green glades of Sherwood Forest, near Nottingham Town, a famous outlaw whose name was Robin Hood. No archer ever lived that could speed a gray goose shaft with such skill and cunning as his, nor were there ever such yeomen as the sevenscore merry men that roamed with him through the greenwood shades. Right merrily they dwelled within the depths of Sherwood Forest, suffering neither care nor want, but passing the time in merry games of archery or bouts of cudgel play, living upon the King's venison, washed down with draughts of ale of October brewing.Not only Robin himself but all the band were outlaws and dwelled apart from other men, yet they were beloved by the country people round about, for no one ever came to jolly Robin for help in time of need and went away again with an empty fist.And now I will tell how it came about that Robin Hood fell afoul of the law.When Robin was a youth of eighteen, stout of sinew and bold of heart, the Sheriff of Nottingham proclaimed a shooting match and offered a prize of a butt of ale to whosoever should shoot the best shaft in Nottinghamshire. "Now," quoth Robin, "will I go too, for fain would I draw a string for the bright eyes of my lass and a butt of good October brewing." So up he got and took his good stout yew bow and a score or more of broad clothyard arrows, and started off from Locksley Town through Sherwood Forest to Nottingham.