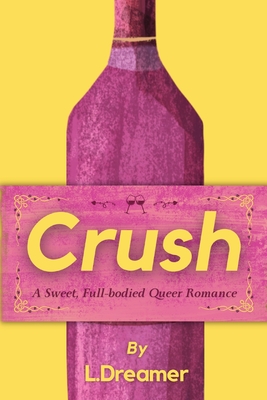 Mia Torwood moves from San Francisco to the central coast of California when her husband Tom buys a winery. She is resistant at first but learns to appreciate the slower pace of life and the beauty of the land. During their very first harvest, Tom dies of a heart attack. During a meeting with their financial planner, Mia learns her husband made some bad investments and the winery is her only asset. She must also find another vineyard manager because their present one, Jose, wants to retire.

Cal Sanders is a transgender man who helps run his family's winery in the central valley of California. He wants out of his small town because of the transphobia and harassment he has experienced since coming out as trans. He just wants to grow grapes and make great wine as the man he's always seen himself to be. So, he answers an ad looking for a vineyard manager and meets Mia Torwood. Cal makes an impression on Mia during their interview. He's the only man who treats her like she's the owner of the winery, not Jose. She offers him the job the next day.

As Cal settles in, he butts heads with the head winemaker, Samuel, who thinks the promotion to vineyard manager should have gone to him. He also has his eye on Mia. He challenges Cal at every turn, especially when Cal proposes turning the vineyard into a biodynamic farm with goats, chickens, and supplemental crops. It infuriates Samuel that Mia spends time with Cal. Things come to a head when Samuel corners Mia and tries to convince her that Cal is trying to seduce the winery out from under her. She calls him into her office the next day and fires him. He is escorted off the premises and makes threats to both Cal and the winery.

While all this is going on, Cal finds a box of letters in the attic of the apartment he lives in on the property. Both he and Mia join in on unraveling the mystery of the letters sent from a woman named Anne during World War II to one of the original winery owner's daughters, Patty. It leads them to Patty's granddaughter, who lets Cal and Mia read Patty's journals. The journals, they find, chronicle an extraordinary love story that brings Mia and Cal closer as they learn not everything was as it seemed on the winery decades ago.

Things take a harrowing turn when Cal wakes to a fire right under his apartment in the harvesting equipment room. He escapes with his life and some important files from Mia's office on the other side of his apartment. Mia is moved by his act of selflessness. He moves in with Mia temporarily as the building is repaired.

As the season winds down and grape harvesting begins, Cal and Mia finally acknowledge to themselves that their connection has grown and evolved. With the help of her friend Lloyd, Mia decides to have a conversation with Cal. Though she isn't quite ready for a relationship, she wants to be honest about how she feels. He too admits his feelings for her.

As Mia plans the winery's grape stomping festival, the culminating event that brings the growing season to an end, she considers what a future with Cal would look like. She rereads Patty's journals and weighs the risks and rewards of opening her heart up to love and possibility one more time.