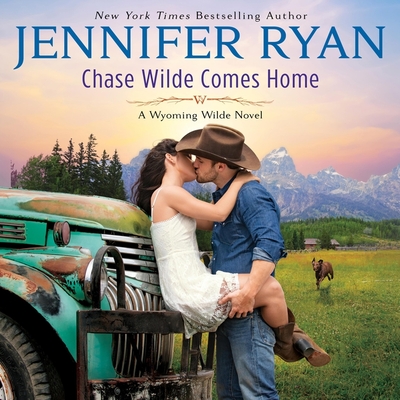 New York Times bestselling author Jennifer Ryan begins a brand-new series with a western set romance between a former soldier and the mother of his child. Perfect for fans of Diana Palmer, Linda Lael Miller, and BJ Daniels.

They're tough, tender, and sometimes tormented; they're the Wildes of Wyoming, three brothers whose family ties are as strong as their wills.

Chase Wilde never expected to fall in love, especially with Shelby Payne. Years before, one passionate night had drawn these two lost souls together. Then Chase left on deployment with the Army, while Shelby raised their baby alone. Now he's back, a wounded warrior determined to turn his life around. Shelby knows what it's like to lose everything, including her own family. So she offers him a bargain: if he can prove himself to be the man he says he is, she will let him into their daughter's life...and maybe even into hers.

Chase knows it will take a lot to prove to Shelby that there's more between them than the single night they spent together. She's everything he's ever wanted, including the voice of reason he needs to reconcile his past and be the man he wants to be for them both. But just as their lives come together, she's torn away from him by a dangerous person from her past, and saving her means saving himself . . . because he can't live without her.