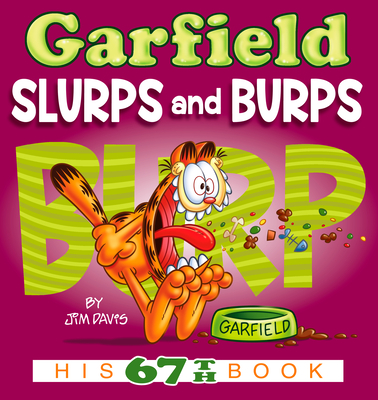 This is book number 67 in the Garfield series.

Who has time for manners when there’s food to be inhaled? Garfield eschews etiquette in favor of bingeing and belching. And who can blame him? He’s only human! So get rude ’n’ crude and pig out on this collection of tasty comics. SLURP! SLURP! SLURP!