The Art of Guerilla Warfare: May, 1939 (Paperback) 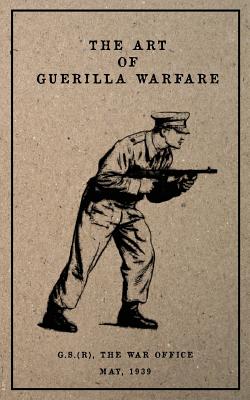 By G. S. The War Office
$12.59
Not currently in store. Available to ship from distributor's warehouse.
(This book cannot be returned.)

The WWII-era Art of Guerilla Warfare was a short training pamphlet which informed and influenced the guerrilla warfare training programs for:

The pamphlet details the organisation and conduct of guerrilla warfare in occupied territories, from the establishment of a guerrilla band to intelligence collection and dissemination. It was influenced not only by Colin Gubbins' own experiences in Russia, Ireland and India, but also by his intensive study of guerrilla warfare in general, from the Boer commandos in South Africa during the Boer War, to the guerrilla operations in the Spanish Civil War and the then-ongoing Chinese Civil War and Sino-Japanese war, where Communist leader Mao Tse Tung was using guerrilla tactics to fight both the Chinese Nationalists and the invading Japanese.

The Art of Guerilla Warfare and its companion volumes, The Partisan Leader's Handbook and How to Use High Explosives are unique in that they represent the first official British military doctrine on the conduct of guerrilla warfare against an occupying force. This they do in a brief and to the point manner, and if one reads closely, it becomes clear that there is still much wisdom contained within which could be of use to insurgent and counterinsurgent alike in the modern era.

The pamphlets in this series are: