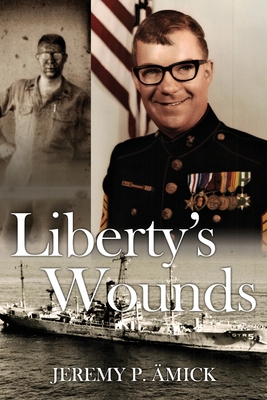 By Jeremy Paul Ämick
$14.99
Not currently in store. Available to ship from distributor's warehouse.
(This book cannot be returned.)

Bryce Lockwood has amassed a trove of unique military experiences during a brief span of time. Born on a small farm in rural New York State in 1939, he graduated from high school in Afton, New York in 1957. He soon made the decision to enlist in the Marine Corps and, in 1960, married his fiancee, Lois. In the next few years, his military career led to language school in Monterey, California, where he completed Russian linguist training followed by Cold War assignments in locations such as Scotland, Turkey and the former West Germany. However, the most unforgettable moment of his military assignments came with temporary orders for service aboard the USS Liberty - a U.S. intelligence ship. While serving as a Russian linguist aboard the vessel, he lived through an attack by Israeli warplanes and torpedo boats during the Six-Day War, resulting in the deaths of 34 and wounding 174 Americans. As the only U.S. Marine to survive the incident, Lockwood became the recipient of a Silver Star medal for rescuing three sailors trapped in flooded compartments in addition to receiving a Purple Heart for severe burns incurred in a torpedo explosion. Lockwood later served a tour in Vietnam and, in 1971, received a medical retirement after thirteen years of service. In recent years, he has sought the truth behind the unprovoked assault on the USS Liberty, which left many of his friends severely wounded or dead. In recent decades, Lockwood has joined other Liberty survivors in petitioning Congress for an open and thorough investigation of the attack.