In That Number: One Woman's March from the Streets of Protest to the Halls of Power (and Beyond) (Paperback) 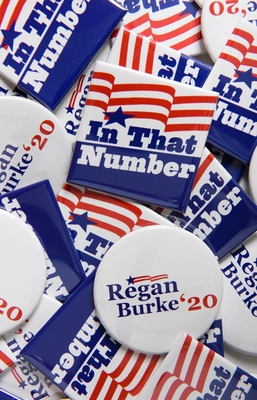 By Regan Burke
$17.99
Not currently in store. Available to ship from distributor's warehouse.

A unique hybrid memoir, Regan Burke's In That Number chronicles one woman's struggle to find grace and peace amidst the chaos of politics and alcoholism. It's an important public book from a longtime Democratic Party activist, one whose beliefs led her from protesting the Vietnam War at the Lincoln Memorial to working inside the White House-a woman with fascinating firsthand reminisces about everything and everyone from Woodstock to Vladimir Putin, from The Exorcist to Bill Clinton, from Roger Ebert to Donald Rumsfeld. It's also an intimate and revealing private memoir from a woman who spent a harrowing childhood being raised by shockingly dysfunctional parents-a roguish naval-aviator-turned-lawyer-turned-con-man father and a racist socialite mother-and bouncing from house to house to luxury hotel, trying to stay one step ahead of the creditors. (And not always succeeding.) It's an entertaining and ultimately heartwarming journey from private schools to the psych ward, from hippie communal living to the corridors of power to the pews of church, and through the rooms of twelve-step recovery to the serenity of long-term sobriety.