The Blood of Patriots and Tyrants (Hardcover) 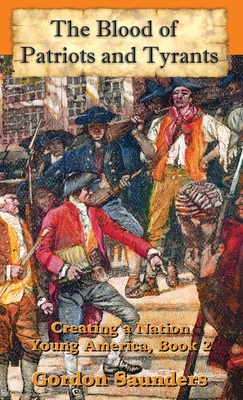 By Gordon Saunders
$25.99
Not currently in store. Available to ship from distributor's warehouse.

After the allied victory over the British at the Battle of Yorktown and the shutting down of the Revolutionary War, three young men, one of whom had been on the opposite side of the others during the war, find themselves thrown together and sent in search of the education that will allow them to realize their dreams. After being cheated of the funds to continue their education, the three are sent off to Philadelphia to intern with one of America's most successful men. Each is assigned a different task, according to his predilections, and each learns and grows both in his task and in his personal maturity.However, during this formative part of their lives, these three young men witness a phenomenally unruly time in the creation of both a government and a single nation from thirteen diverse colonies and multiple clashing opinions. The ensuing uncertainty contributes to a sense of insecurity and pessimism about their futures.Interacting with and getting to know significant figures of the time is a boon to each as he develops his skills. But ultimately, despite good intentions and frequent helpfulness, no one is able to give these young men a life that they do not claim themselves.Ultimately, then, the vicissitudes of governance and economics make this time like a ride on a runaway horse during which each young man has highs and lows, and each is eventually left on his own - though still bound in friendship to one another - to forge a future.