Sovereignty: The Battle for the Hearts and Minds of Men (Paperback) 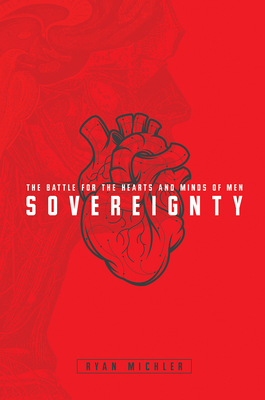 Every man is born with just one thing: his sovereignty--his power to respond to his environment and his circumstances.
Unfortunately, most men have spent much of their lives giving away that sovereignty. Every time a man passes blame or shirks his responsibility, every time he makes excuses for his performance, and every time he trades his unlimited potential for a little perceived safety and security, he willingly submits himself to the mercy of others.

Is it any wonder that men, in general, seem to have lost their way? You don't have to look very far to recognize that men don't seem to possess the same amount of vigor and purpose they once did. Take one sobering statistic--the rate of suicide in men--and you begin to see how damaging the effects of the voluntary subjugation of men to their families, their businesses, and their governments can be.

It's not hard to understand why we give up control to others--it's easy and we're expected to. Sovereignty: The Battle for the Hearts and Minds of Men is a call for men to once again rise up and establish themselves as they once were--a revolution if you will.

Inside the pages of this book, we'll uncover the battle each man will inevitably engage in, the external forces fighting against the call to masculinity, and the internal struggle all men must overcome.
But make no mistake, this revolution is not a call for men to go their own way and rally against society. It's a call for men to become fully the men they are meant to be so they may more adequately take care of themselves and those they are responsible for. Men have always been expected to protect, provide, and preside over themselves, their families, their businesses, and their communities. By embodying the thirteen Sovereign Virtues we detail inside, every man will be more capable of fulfilling his masculine duties and responsibilities.

The words in this book go well beyond principle and theory, however, as we build the framework for establishing a battle plan to combat the external and internal threats to our masculine power and give every man the tools, resources, guidance, direction, and ability to reclaim what has always been his: his sovereignty.