Blanche Among the Talented Tenth: A Blanche White Mystery (Paperback) 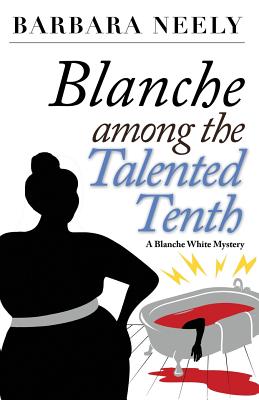 "Endlessly Entertaining " Publishers Weekly
BLANCHE AND THE TALENTED TENTHThe second, ground-breaking mystery featuring African-American maid and amateur sleuth Blanche White by Agatha, Anthony, and Macavity Award winning Author Barbara Neely
When Blanche White moved north to Boston, she believed it would be a better place to raise her kids, especially after she got them into an elite private school. But now her children are becoming elitist and judgmental, acquiring more attitude than education. So when she and her kids are invited to Amber Cove, an exclusive resort in Maine for wealthy blacks, Blanche jumps at the chance to see how the other half lives and maybe stop her kids turning into people she doesn't want to know. When one of the guests kills himself, and another is electrocuted in her bathtub, Blanche becomes an accidental detective once again, using her sharp wit and keen social insight to peel back some disturbing color and class distinctions within the black community that may have driven someone to murder.
"One of the best fictional detectives conjured up in years," Library Journal
"An acerbic portrait of class infighting at its most corrosive," Kirkus Reviews
"The uproarious Blanche White, the southern housekeeper who knows her own mind, opened doors to the nuances of black life for readers and writers alike. Barbara Neely is a trailblazer," Naomi Hirahara, Edgar Award-winning author.

Barbara Neely is a multiple award-winning writer and much-admired community activist best known for her innovative and popular Blanche White mystery novels. Neely launched the acclaimed series with Blanche on the Lam, which won the Agatha, Macavity, and Anthony Awards, and followed up with three equally-beloved mysteries featuring her fearless and feisty amateur sleuth, all of which are proudly published by Brash Books.