Turn Back Before Baghdad (Paperback) 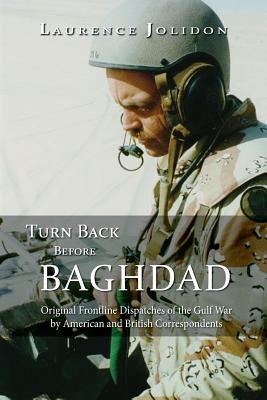 By Laurence Jolidon
$29.99
Not currently in store. Available to ship from distributor's warehouse.

In the early morning hours of January 12, 1991, telephones rang in the rooms of a dozen or so newspaper and wire service reporters at the Dhahran International, the Meridian, and other hotels in Eastern Saudi Arabia.

War with the regime of Saddam Hussein over the oil province of Kuwait had become inevitable. The calls, telling the reporters to grab their gear and meet military public affairs officers in hotel lobbies, triggered the first media pools dispatched to cover Operation Desert Storm. For both the military and journalists, the pool system was viewed with misgivings. It was seen by many on both sides as the best of several bad options for reporting the coming war to the American people and the world. Historians and casual readers will find here vivid texture of that unique time, the atmospherics of an era already fading from the American consciousness of MREs and yellow ribbons and all the attendant color and drama of American and British expeditionary troops in the hundreds of thousands transported to the exotic wastes of Arabia. Jolidon's work captures an important moment that will be studied by historians who examine the role of the media in wartime and relations between the military and civilian reporters. Whatever history's final judgment on the utility of the pool system, it is undeniable that the relationship between the Pentagon and the press has not been the same since.

Laurence Jolidon passed away in August 2002, yet his legacy as an outstanding war reporter continues to influence the world of journalism. He served as a war correspondent on the ground during the Persian Gulf Wars. Before his death, he was the spokesperson for the NATO Peace Stabilization Force. He is also known for his book "Last Seen Alive: The Search for Missing POWs from the Korean War," first published under his imprint Ink-Slinger Press in 1995.