Coexistence in Wartime Lebanon: Decline of a State and Rise of a Nation (Paperback) 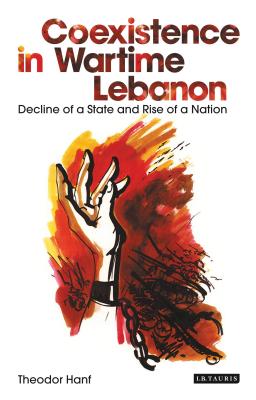 For fifteen years, Lebanon's disparate confessional groups waged a bloody and protracted civil war. Still today, power-sharing between Sunni, Shi'i, Christian and Druze groups is a precarious balance, greatly affected by and in turn affecting events across the Middle East. But even during times of conflict, Lebanon's communities have managed a modicum of coexistence: agreeing on the importance of maintaining the Lebanese state and sharing the fear of being the player left standing in a macabre game of musical chairs. Tracing the origins of the civil war, Theodor Hanf shows that it was primarily a surrogate war over Palestine which escalated into a conflict between the diverse Lebanese communities. Hanf's central theme is the problem of conflict and conflict regulation between these groups, a theme which continues to have resonance over two decades since the end of the civil war. This highly influential book - now available in a paperback edition - delves into vital issues, such as how conflicts were peacefully regulated before the war, and how the country came to be a battlefield for proxy wars and analyses the prospects for permanent coexistence.