The Forts and Fortifications of Europe 1815-1945: The Central States: Germany, Austria-Hungary and Czechoslovakia (Hardcover) 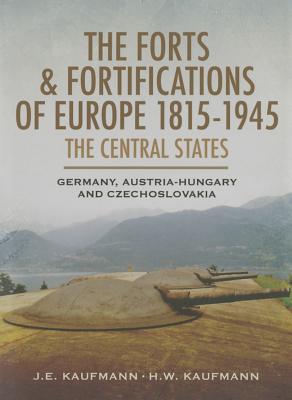 After the Napoleonic Wars the borders of Central Europe were redrawn and relative peace endured across the region, but the volatile politics of the late nineteenth century generated an atmosphere of fear and distrust, and it gave rise to a new era of fortress building, and this is the subject of this highly illustrated new study. The authors describe how defensive lines and structures on a massive scale were constructed along national frontiers to deter aggression. The Germans, Austro-Hungarians and Czechs all embarked on ambitious building programs. Artillery positions, barbed-wire networks, casemates, concrete bunkers, trench lines, observation posts all sprang up in a vain attempt to keep the peace and to delay the invader. The strategic thinking that gave rise to these defensive schemes is described in detail in this study, as is the planning, design and construction of the lines themselves. Their operational history in wartime, in particular during the Second World War, is a key element of the account.