How Can Man Die Better: The Secrets of Isandlwana Revealed (Paperback) 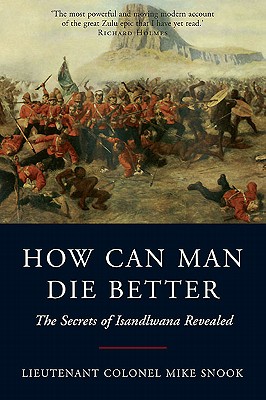 Wednesday 22 January 1879 was one of the most dramatic days in the long and distinguished history of the British Army. At noon a massive Zulu host attacked the 24th Regiment in its encampment at the foot of the mountain of Isandlwana, a distinctive feature that bore an eerie resemblance to the Sphinx badge of the outnumbered redcoats. Disaster ensued. Later that afternoon the victorious Zulus would strike the tiny British garrison at Rorke's Drift. How Can Man Die Better is a unique analysis of Isandlwana - of the weapons, tactics, ground, and the intriguing characters who made the key military decisions. Because the fatal loss was so high on the British side there is still much that is unknown about the battle. This is a work of unparalleled depth, which eschews the commonly held perception that the British collapse was sudden and that the 24th Regiment was quickly overwhelmed. Rather, there was a protracted and heroic defense against a determined and equally heroic foe. The author reconstructs the final phase of the battle in a way that has never been attempted before. It was to become the stuff of legend, which brings to life so vividly the fear and smell the blood.