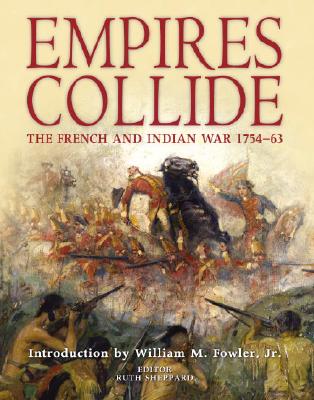 The warfare of the French-Indian War was diverse, ranging from savage warfare in the forests and plains of the North American frontier to city sieges and open battles. The British Army struggled with the terrain and the tactics of the opposing American Indians. As the war progressed, the British Army learned from their allies, initiated reforms and eventually triumphed over the French and Canadians. The implications of this conflict reached across the world, contributing to the outbreak of the Seven Years' War in Europe and on the Indian subcontinent. This highly illustrated book charts the campaigns of the war, detailing the different troops raised and involved, the evolving tactics, the fortresses and battles.

Ruth Sheppard read Ancient and Modern history at St John's College, Oxford and has an interest in all periods of history, but a particular fascination with the Roman Republic. Based at the Osprey editorial office, she works on a variety of titles, but this is the first book she has written for Osprey.

"This comprehensive account of the armies, tactics, battles and personalities for the French and Indian War is one that has not been done in the popular press for a considerable number of years. The inclusion of period paintings as well as contemporary maps and illustrations makes this a superb reference and an exhilarating read. It is a book you can buy with confidence." -Scott Van Aken, modelingmadness.com