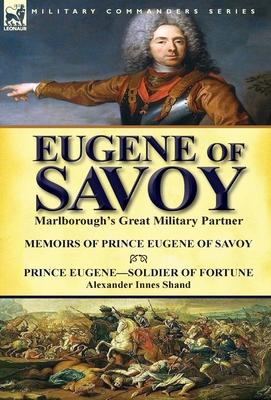 A master of the field of battle in his own words Anyone who knows of the military genius of John Churchill, Duke of Marlborough, can't fail to have learnt also of the exploits his close personal ally, Prince Eugene of Savoy. Despite a physical frailty, Eugene had an incredible talent for waging war and became, indisputably, one of the most successful military commanders in modern European history. His career spanned six decades and he served three emperors of the Holy Roman Empire. His first battle was fought against the Turks at the Siege of Vienna in 1689 and he subsequently took part in the War of the Holy League, the Nine Years War, against the Turks at Zenta and, most notably, as an ally of Marlborough's during the War of Spanish Succession against the French at Blenheim, Oudenarde and Malplaquet. Eugene's later career included the Austro-Turkish War and the War of Polish Succession. This special Leonaur edition combines Eugene's own account of his career with an overview of the man and his achievements by Alexander Innes Shand.
Leonaur editions are newly typeset and are not facsimiles; each title is available in softcover and hardback with dustjacket.