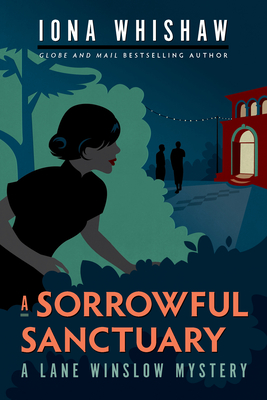 This is book number 5 in the Lane Winslow Mystery series.

In the fifth book of this post-war mystery series that Kirkus Reviews calls "riveting," Lane Winslow investigates the murder of an unidentified man she found adrift in a boat near King's Cove.

Lane Winslow is enjoying a perfect, sunny day at the lake when she spots a gravely injured young man drifting in a sinking rowboat. Hypothermic, bleeding, and soaked in icy, bloody water, he is unable to speak, leaving Lane at a loss. What series of events brought him to this grisly fate?

Darling and Ames are quick to pick up the case, but leads are few until Angela's young son finds an unsettling clue on the beach--a bright red swastika lapel pin--that points to the National Unity Party of Canada. When the anonymous man succumbs to his injuries, Darling and Lane are thrown headlong into a murder investigation with ties to the old country.

Fans of Maisie Dobbs, Bess Crawford, and the ever-popular Kopp Sisters will be enchanted by Lane Winslow, a clever, no-nonsense sleuth based on the author's own mother, who was a wartime spy.