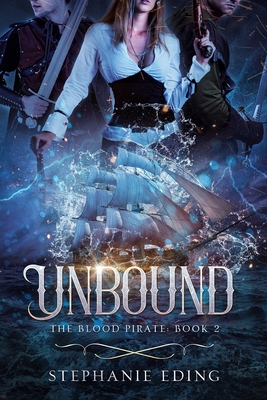 By Stephanie Eding
$11.99
Available to Ship from Distributor's Warehouse

After a year of exploring the Caribbean on the Hellbound, Cecily has found solace in the life of piracy-until her beloved captain starts disappearing for days at a time.

A rift wedges between her and Finn when he reveals he hasn't been totally honest about his ties in the pirating world. He's a hunted man, and involving her in his schemes could lead to her demise. To make matters worse, as the Hellbound prepares to set sail for England, Cecily finds herself head to head with a band of crewmates seeking Finn's reputable wealth. With no proof of any hidden treasure, Cecily concocts a plan to ditch the mutineers and protect Finn in the only way she knows how.

Cecily might be able to weather a mutiny, the race against the oncoming hurricanes, and losing her place on the Hellbound, but her relationship with Finn could sink in the process.