The Tudors: A Captivating Guide to the History of England from Henry VII to Elizabeth I (Paperback) 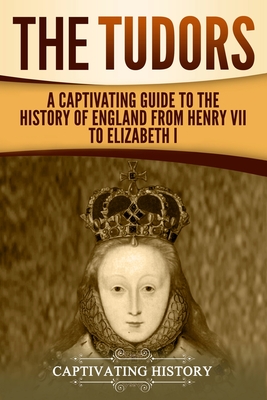 Explore the Captivating History of the Tudors Five Tudor monarchs sat on the throne of England and Ireland from 1485 to 1603. The family earned their royal rights through strategic planning and battlefield prowess, and kept them because of intellect, strength and sheer determination. The Tudors, one of England's most powerful and famous royal dynasties, knitted together a fragmented and small island nation that became one of the world's financial, colonial and technological superpowers. There is so much more to the story of these kings and queens than beheadings, political marriages and the reformation of the church - but those events remain some of the family's most enthralling moments. This captivating history book covers topics such as:
So if you want to learn more about the Tudors, click "add to cart"