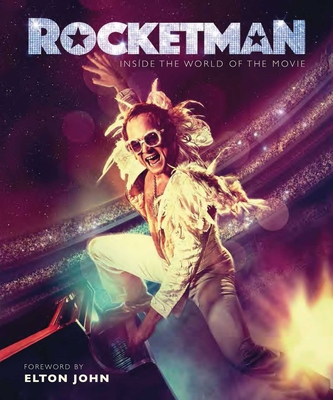 Rocketman: The Official Movie Companion contains a wealth of amazing photographs from throughout the development and shooting of the movie as well as quotes and interviews from the cast and crew. The book will provide a fascinating insight into how the film was made, including locations, choreography, costumes and—of course—the music.

In May 2019, audiences are invited to discover the fantastical story of Sir Elton John's life, from his years as a prodigy at the Royal Academy of Music, to global superstar, through his influential and enduring partnership with his songwriting collaborator Bernie Taupin.

This is the official book of the movie and features on-set and behind-the-scenes photos, quotes and more.

American Girl is a premium brand for girls and a wholly owned subsidiary of Mattel, Inc. the world’s leading toy company. Since its inception in 1986, American Girl has been devoted to celebrating girls ages 3 to 12 through age-appropriate, high-quality dolls and accessories, books, clothes, movies, and unforgettable experiences. Best-selling lines include Truly Me™, Girl of the Year™, Bitty Baby™, and the classic historical character line BeForever.