Who Will Go: Into the Son Tay POW Camp (Paperback) 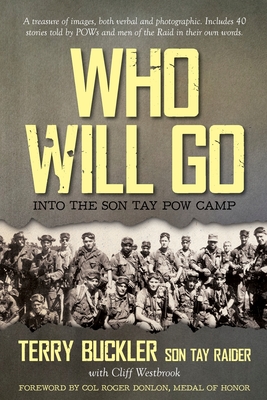 THE SON TAY RAID RANKS AS ONE OF THE MOST DARING MISSIONS IN SPECIAL OPS HISTORY. Hear from the men of the Raid in their own words, moving and personal. The gripping (and often humorous) narrative follows the youngest Raider, Terry Buckler, through Special Forces training and the suspense-filled preparation for the Raid alongside some of the greatest legends in Special Operations history. The Son Tay Raid was a SUCCESS. This heart-lifting book will challenge historians to reconsider the mission taught in military schools around the world. And it will draw any reader in with personal stories of what was seen, heard, and felt by 40 of the Raiders, POWs, and participants supporting the Raid.