D-Day Journal: The Untold Story of a U.S. Ranger on Omaha Beach (Paperback) 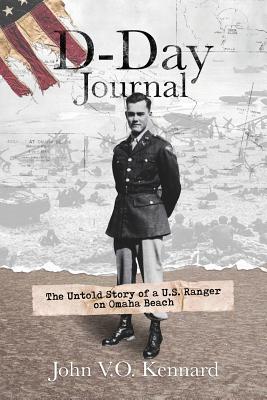 By John V. O. Kennard
$14.95
Not currently in store. Available to ship from distributor's warehouse.

"I wish everyone back in the States could see an American boy lying cold on the beach of France, struck down in full stride as he charged forward . . . I hope the story of what the boys did is told."

On the morning of June 6, 1944, twenty-two-year-old Lieutenant Frank L. Kennard led a Ranger cannon platoon onto Omaha Beach, losing his equipment and half his men. He and his seven remaining men went on to overcome enormous odds to achieve their objective at Pointe du Hoc. Less than one month later, Kennard became the battalion adjutant and served in that role through every battle until the end of the war.

Lieutenant Kennard's journal of the 2nd Ranger Battalion in World War II is the first record of vivid wartime experiences written by a Ranger with Kennard's perspective. D-Day Journal also includes rare oral histories of four other members of the 2nd Ranger Battalion, the first American unit to achieve its mission on D-Day: to take out the big German guns overlooking Normandy beaches.