Oscarmetrics: The Math Behind the Biggest Night in Hollywood (Paperback) 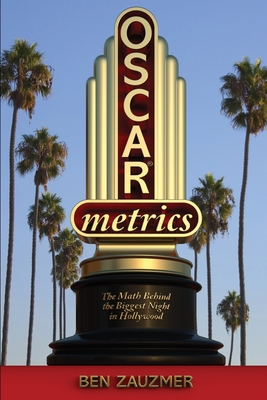 By Ben Zauzmer
$33.75
Not currently in store. Available to ship from distributor's warehouse.
(This book cannot be returned.)

Can statistics predict the Oscars? Do older or younger actors have a better chance to win awards? What are the hidden biases of Academy Awards voters? Do films that are more popular with audiences win more often? What are the biggest upsets in Oscar history and how can they be explained?

Join Ben Zauzmer, an awards statistician whose writing has appeared in The New York Times, The Washington Post, and The Hollywood Reporter, on a journey through the mathematical side of the Academy Awards. Zauzmer answers these and many other fascinating questions in an analysis of the biggest night in Hollywood like no one has ever done before. A unique and captivating read for movie and data fans alike.