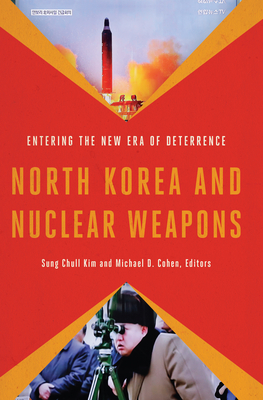 North Korea is perilously close to developing strategic nuclear weapons capable of hitting the United States and its East Asian allies. Since their first nuclear test in 2006, North Korea has struggled to perfect the required delivery systems. Kim Jong-un's regime now appears to be close, however. Sung Chull Kim, Michael D. Cohen, and the volume contributors contend that the time to prevent North Korea from achieving this capability is virtually over; scholars and policymakers must turn their attention to how to deter a nuclear North Korea. The United States, South Korea, and Japan must also come to terms with the fact that North Korea will be able to deter them with its nuclear arsenal. How will the erratic Kim Jong-un behave when North Korea develops the capability to hit medium- and long-range targets with nuclear weapons? How will and should the United States, South Korea, Japan, and China respond, and what will this mean for regional stability in the short term and long term? The international group of authors in this volume address these questions and offer a timely analysis of the consequences of an operational North Korean nuclear capability for international security.

Sung Chull Kim is is Humanities Korea Professor at the Institute for Peace and Unification Studies at Seoul National University. He is also editor of the Asian Journal of Peacebuilding and the author or editor of several books including North Korea under Kim Jong II: From Consolidation to Systemic Dissonance.Michael D. Cohen is Senior Lecturer in the Department of Security Studies and Criminology at Macquarie University. His research has been published or is forthcoming in journals such as The Journal of Global Security Studies, Foreign Policy Analysis, International Relations of the Asia-Pacific, Strategic Studies Quarterly, and The Non-Proliferation Review.