Becoming a White Antiracist: A Practical Guide for Educators, Leaders, and Activists (Paperback) 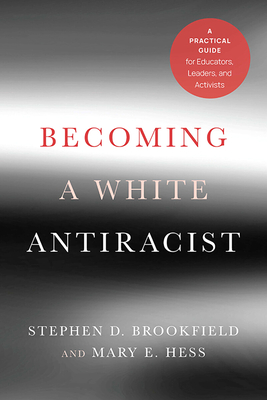 As this book was being written, the United States exploded in outrage against the murder by police of people of color across the country. Corporations, branches of state and local government, and educational institutions all pledged to work for racial justice and the Black Lives Matters movement moved into the mainstream as people from multiple racial and class identities pledged their support to its message. Diversity initiatives abounded, mission statements everywhere were changed to incorporate references to racial justice, and the rampant anti-blackness endemic to US culture was brought strikingly to the surface. Everywhere, it seemed, white people were looking to learn about race. "What do we do?" "How can we help?" These were the cries the authors heard most frequently from those whites whose consciousness of racism was being raised. This book is their answer to those cries. It's grounded in the idea that white people need to start with themselves, with understanding that they have a white racial identity. Once you've learned about what it means to be white in a white supremacist world, the answer of "what can I do" becomes clear. Sometimes you work in multiracial alliances, but more often you work with white colleagues and friends. In this book the authors explore what it means for whites to move from becoming aware of the extent of their unwitting collusion in racism, towards developing a committed antiracist white identity. They create a road map, or series of paths, that people can consider traveling as they work to develop a positive white identity centered around enacting antiracism. The book will be useful to anyone trying to create conversations around race, teach about white supremacy, arrange staff and development workshops on racism, and help colleagues explore how to create an antiracist culture or environment. This work happens in schools, colleges and universities, and we suspect many readers will be located in K-12 and higher education. But helping people develop an antiracist identity is a project that occurs in corporations, congregations, community groups, health care, state and local government, arts organizations, and the military as well. Essentially, if you have an interest in helping the whites you interact with become antiracist, then this book is written very specifically for you.