The Romance of the Forest (Paperback) 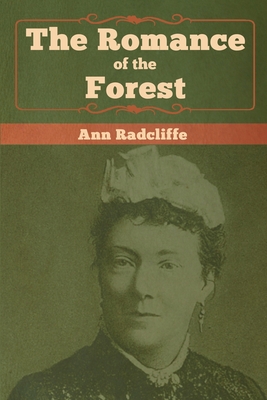 The Romance of the Forest is a Gothic novel by Ann Radcliffe that was first published in 1791. It combines an air of mystery and suspense with an examination of the tension between hedonism and morality. The novel was her first major, popular success, going through four editions in its first three years. Furthermore, "this novel also established her reputation as the first among her era's writers of romance. There is surprisingly little essential difference in characterization, Gothic d cor, or plot outline to distinguish this novel from its predecessors. Its superior merit lies in the expansive and subtle use which the author makes of these elements so that the characters are relatively well realized, the Gothic d cor is blended into the sensibility of the reader rather than imposed upon it, and the plot is an intricate and often dramatic series of congruent incidents and living tableaux, not a congeries of barely related and stillborn scenes and surprises." Most critics who have given any attention to Mrs. Radcliffe as a novelist have decided that she is important chiefly for her use of the supernatural, and for her emphasis upon landscape. Her use of the supernatural and emphasis upon landscape can clearly be seen throughout this novel. We see the aforementioned when confronted with the principal character in the novel, Adeline. She is a "highly-interesting character, whom the writer conducts through a series of alarming situations, and hair-breadth escapes, in which she has skillfully contrived to hold the reader's curiosity continually in suspense, and at the same time to keep their feelings in a state of perpetual agitation." (wikipedia.org)