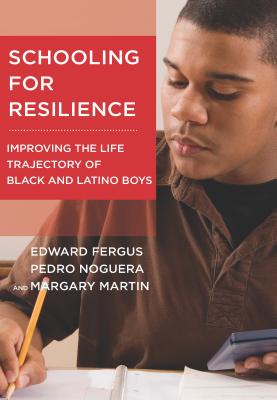 As a group, Black and Latino boys face persistent and devastating disparities in achievement when compared to their White counterparts: they are more likely to obtain low test scores and grades, be categorized as learning disabled, be absent from honors and gifted programs, and be overrepresented among students who are suspended and expelled from school. They are also less likely to enroll in college and more likely to drop out. Put simply, they are among the most vulnerable populations in our schools. Schooling for Resilience investigates how seven newly formed schools, created specifically to serve boys of color, set out to address the broad array of academic and social problems faced by Black and Latino boys. Drawing on student and teacher surveys, focus groups, interviews, and classroom observations, the authors investigate how these schools were developed, what practices they employed, and how their students responded academically and socially. In particular, they focus on the theory of action that informed each school's approach to educating Black and Latino boys and explore how choices about school structure and culture shaped students' development and achievement. In doing so, the authors identify educational strategies that all schools can learn from. This thoughtful, passionately argued volume promises to influence efforts to improve the achievement and life outcomes of Black and Latino boys for years to come.

Edward Fergus is assistant professor of educational leadership at Steinhardt School of Culture, Education, and Human Development at New York University. Dr. Fergus is a practitioner and researcher whose work explores the effects of educational policy and practices on the lives of people living in vulnerable conditions. More specifically, his current work is on the educational outcomes of boys of color, disproportionality in special education and suspensions, and school climate conditions for low-income and marginalized populations. His work is intended to provide ways in which practitioners can develop schools as protective environments for low-income and marginalized student populations. Dr. Fergus has been a secondary school history teacher, evaluator of state and federal programs, and program director of out-of-school-time programs. Since 2004, he has been the coprincipal investigator of a multimillion-dollar state contract with the New York State Department of Education on disproportionality and has served as coprincipal investigator of a study on single-sex schools for boys of color (funded by the Bill and Melinda Gates Foundation). Dr. Fergus was also appointed in 2011 to the Yonkers Public Schools Board of Education and currently serves on the Governor's New York State Juvenile Justice Advisory Group. He has published numerous articles on disproportionality in special education and on race/ethnicity in schools; he is the author of Skin Color and Identity Formation: Perceptions of Opportunity and Academic Orientation among Mexican and Puerto Rican Youth (Routledge, 2004), and coeditor with A. Hurtado and P. Noguera of Invisible No More: Understanding the Disenfranchisement of Latino Men and Boys (Routledge, 2011). Dr. Fergus received a bachelor's degree in political science and education from Beloit College and a Doctorate in Education Policy and Social Foundations from the University of Michigan. Pedro Noguera is the Peter L. Agnew Professor of Education at New York University. He holds tenured faculty appointments in both the department of Teaching and Learning and the department of Humanities and Social Sciences at the Steinhardt School of Culture, Education, and Human Development at NYU. He is also the executive director of the Metropolitan Center for Urban Education and the codirector of the Institute for Globalization and Education in Metropolitan Settings (IGEMS). Dr. Noguera is the author of seven books and over 150 articles and monographs. His most recent books are Creating the Opportunity to Learn, with A. Wade Boykin (ASCD, 2011) and Invisible No More: Understanding the Disenfranchisement of Latino Men and Boys, with A. Hurtado and E. Fergus (Routledge, 2011). Dr. Noguera appears as a regular commentator on educational issues on CNN, National Public Radio, and other national news outlets. From 2009 to 2012 he served as a trustee for the State University of New York (SUNY) as an appointee of the governor. He serves on the boards of numerous national and local organizations including the Economic Policy Institute, the Young Women's Leadership Institute, The After-School Corporation, and The Nation magazine. Margary Martin is a visiting assistant professor at Brown University. Her research focuses on the ways in which education policies and reforms influence the schooling experiences and individual academic trajectories of youth in underserved communities.