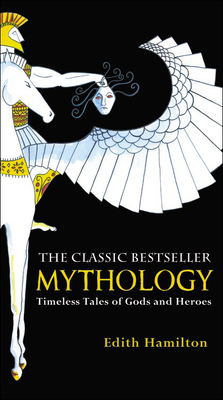 By Edith Hamilton
$20.80
Available to Ship from Distributor's Warehouse
(This book cannot be returned.)

Since its original publication by Little, Brown & Company in 1942, this author's Mythology has sold millions of copies throughout the world & established itself as a perennial bestseller in its various available formats: hardcover, trade paperback, & mass market paperback. Mythology succeeds like no other book in bringing to life for the modern readeer the Greek, Roman & Norse myths & legends that are the keystone of Western culture - the stories of gods & heroes that have inspired human creativity from antiquity to the present. This new Back Bay trade paperback edition of Mythology replaces the Meridian edition formerly available from the Penguin Group. In August 1998 a new mass market paperback edition of Mythology published by Warner Books will replace the Mentor/Dutton Signet mass market edition formerly available from the Penguin Group.