Mental Efficiency: And Other Hints to Men and Women (Golden Classics #82) (Paperback) 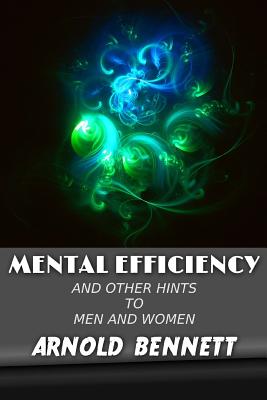 This is book number 82 in the Golden Classics series.

Classics for Your Collection: goo.gl/U80LCr --------- Another excellent book by Arnold Bennett. It's a candid collection of Bennett's thoughts on Success, Marriage, Mental Efficiency, buying/not buying books and many more burning topics of life. Again a short read, but very pragmatic. Excerpt from the Book: Are successful men more industrious, frugal, and intelligent than men who are not successful? I maintain that they are not, and I have studied successful men at close quarters. One of the commonest characteristics of the successful man is his idleness, his immense capacity for wasting time. I stoutly assert that as a rule successful men are by habit comparatively idle. As for frugality, it is practically unknown among the successful classes: this statement applies with particular force to financiers. As for intelligence, I have over and over again been startled by the lack of intelligence in successful men. They are, indeed, capable of stupidities that would be the ruin of a plain clerk. And much of the talk in those circles which surround the successful man is devoted to the enumeration of instances of his lack of intelligence. Another point: successful men seldom succeed as the result of an ordered arrangement of their lives; they are the least methodical of creatures. Naturally when they have "arrived" they amuse themselves and impress the majority by being convinced that right from the start, with a steady eye on the goal, they had carefully planned every foot of the route. Scroll Up and Grab Your Copy.