The Man Who Would Be King (Golden Classics #80) (Paperback) 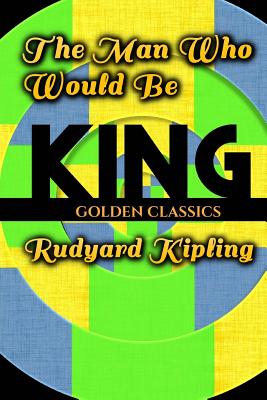 By Success Oceo (Editor), Rudyard Kipling
$8.81
Not currently in store. Available to ship from distributor's warehouse.
(This book cannot be returned.)

This is book number 80 in the Golden Classics series.

Classics for Your Collection: goo.gl/U80LCr --------- The narrator of the story is a British journalist in 19th Century India - Kipling himself, in all but name. Whilst on a tour of some Indian native states he meets two scruffy adventurers, Daniel Dravot and Peachey Carnehan. Softened by their stories, he agrees to help them in a minor errand, but later he regrets this and informs the authorities about them - preventing them from blackmailing a minor rajah. A few months later the pair appear at his newspaper office in Lahore. They tell him of a plan they have hatched. They declare that after years of trying their hands at all manner of things, they have decided that "India is not big enough for them." They plan to go to Kafiristan and set themselves up as kings. Dravot will pass as a native and, armed with twenty Martini-Henry rifles, they plan to find a king or chief to help him defeat enemies. Once that is done, they will take over for themselves. They ask the narrator for the use of books, encyclopedias and maps of the area - as a favour, because they are fellow Freemasons, and because he spoiled their blackmail scheme. They also show him a contract they have drawn up between themselves which swears loyalty between the pair and total abstinence from women and alcohol. Two years later, on a scorching hot summer night, Carnehan creeps into the narrator's office. He is a broken man, a crippled beggar clad in rags and he tells an amazing story. Dravot and Carnehan succeeded in becoming kings: traversing treacherous mountains, finding the Kafirs, mustering an army, taking over villages, and dreaming of building a unified nation and even an empire. The Kafirs (pagans, not Muslims) were impressed by the rifles and Dravot's lack of fear of their idols, and acclaimed him as a god, the reincarnation or descendant of Alexander the Great. They show a whiter complexion than others of the area ("so hairy and white and fair it was just shaking hands with old friends") implying their ancient lineage to Alexander himself. The Kafirs practised a form of Masonic ritual, and Dravot's reputation was further cemented when he showed knowledge of Masonic secrets that only the oldest priest remembered. Their schemes were dashed, however, when Dravot (against the advice of Carnehan) decided to marry a Kafir girl. Kingship going to his head, he decided he needed a Queen and then royal children. Terrified at marrying a god, the girl bit Dravot when he tried to kiss her during the wedding ceremony. Seeing him bleed, the priests cried that he was "Neither God nor Devil but a man " Most of the Kafirs turned against Dravot and Carnehan. A few of his men remained loyal, but the army defected and the two kings were captured. Dravot, wearing his crown, stood on a rope bridge over a gorge while the Kafirs cut the ropes, and he fell to his death. Carnehan was crucified between two pine trees. When he survived this torture for a whole day, the Kafirs considered it a miracle and let him go. He begged his way back to India. As proof of his tale, Carnehan shows the narrator Dravot's head, still wearing the golden crown, which he swears never to sell. Carnehan leaves carrying the head. The next day the narrator sees him crawling along the road in the noon sun, with his hat off and gone mad. The narrator sends him to the local asylum. When he inquires two days later, he learns that Carnehan has died of sunstroke. No belongings were found with him. Scroll Up and Grab Your Copy.