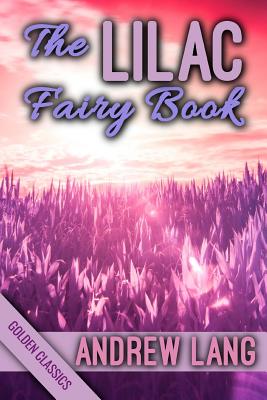 This is book number 69 in the Golden Classics series.

Classics for Your Collection: goo.gl/U80LCr --------- Andrew Lang's Fairy Books are a series of twenty-five collections of true and fictional stories for children, published between 1889 and 1913. The best known books of the series are the twelve collections of fairy tales, known as Andrew Lang's "Coloured" Fairy Books or Andrew Lang's Fairy Books of Many Colors. In all, the volumes feature 798 stories, besides the 153 poems in The Blue Poetry Book. Andrew Lang (1844-1912) was a Scots poet, novelist, and literary critic. As acknowledged in the prefaces, although Lang himself made most of the selections, his wife and other translators did a large portion of the translating and retelling of the actual stories. Four of the later volumes (from 1908 to 1912) were published as by "Mrs. Lang." The Lilac Fairy Book contains stories from Portugal, Ireland, Wales, and points East and West. The Shifty Lad The False Prince and the True The Jogi's Punishment The Heart of a Monkey The Fairy Nurse A Lost Paradise How Brave Walter Hunted Wolves The King of the Waterfalls A French Puck The Three Crowns The Story of a Very Bad Boy The Brown Bear of Norway Little Lasse 'Moti' The Enchanted Deer A Fish Story The Wonderful Tune The Rich Brother and the Poor Brother The One-Handed Girl The Bones of Djulung The Sea King's Gift The Raspberry Worm The Stones of Plouhinec The Castle of Kerglas The Battle of the Birds The Lady of the Fountain The Four Gifts The Groac'h of the Isle of Lok The Escape of the Mouse The Believing Husbands The Hoodie-Crow The Brownie of the Lake The Winning of Olwen.