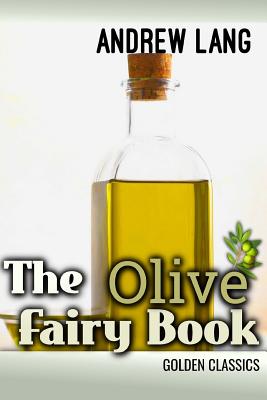 This is book number 68 in the Golden Classics series.

Classics for Your Collection: goo.gl/U80LCr --------- Andrew Lang's Fairy Books are a series of twenty-five collections of true and fictional stories for children, published between 1889 and 1913. The best-known books of the series are the twelve collections of fairy tales, known as Andrew Lang's "Coloured" Fairy Books or Andrew Lang's Fairy Books of Many Colors. In all, the volumes feature 798 stories, besides the 153 poems in The Blue Poetry Book. Andrew Lang (1844-1912) was a Scots poet, novelist, and literary critic. As acknowledged in the prefaces, although Lang himself made most of the selections, his wife and other translators did a large portion of the translating and retelling of the actual stories. Four of the later volumes (from 1908 to 1912) were published as by "Mrs. Lang." The Olive Fairy Book includes unusual stories from Turkey, India, Denmark, Armenia, the Sudan, and the pen of Anatole France. Madschun The Blue Parrot Geirlaug the King's Daughter The Story of Little King Loc 'A Long-bow Story' Jackal or Tiger? The Comb and the Collar The Thanksgiving of the Wazir Samba the Coward Kupti and Imani The Strange Adventures of Little Maia Diamond cut Diamond The Green Knight The Five Wise Words of the Guru The Golden-headed Fish Dorani The Satin Surgeon The Billy Goat and the King The Story of Zoulvisia Grasp all, Lose all The Fate of the Turtle The Snake Prince The Prince and Princess in the Forest The Clever Weaver The Boy who found Fear at last He Wins who Waits The Steel Cane The Punishment of the Fairy Gangana The Silent Princess.