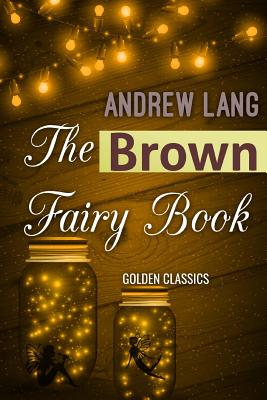 This is book number 66 in the Golden Classics series.

Classics for Your Collection: goo.gl/U80LCr --------- Andrew Lang's Fairy Books are a series of twenty-five collections of true and fictional stories for children, published between 1889 and 1913. The best known books of the series are the twelve collections of fairy tales, known as Andrew Lang's "Coloured" Fairy Books or Andrew Lang's Fairy Books of Many Colors. In all, the volumes feature 798 stories, besides the 153 poems in The Blue Poetry Book. Andrew Lang (1844-1912) was a Scots poet, novelist, and literary critic. As acknowledged in the prefaces, although Lang himself made most of the selections, his wife and other translators did a large portion of the translating and retelling of the actual stories. Four of the later volumes (from 1908 to 1912) were published as by "Mrs. Lang." .The Brown Fairy Book contains stories from the American Indians, Australian Bushmen and African Kaffirs, and from Persia, Lapland, Brazil, and India. What the Rose did to the Cypress Ball-carrier and the Bad One How Ball-carrier Finished His Task The Bunyip Father Grumbler The Story of the Yara The Cunning Hare How Geirald The Coward Was Punished Habogi The Sacred Milk of Koumongoe The Wicked Wolverine The Husband of the Rat's Daughter Pivi and Kabo The Elf Maiden How Some Wild Animals Became Tame Ones Fortune and the Wood-Cutter The Enchanted Head The Sister of the Sun The Prince and the Three Fates The Fox and the Lapp Kisa the Cat The Lion and the Cat Which was the Foolishest? Rubezahl Story of Wali Dad the Simple-Hearted Tale of a Tortoise and of a Mischievous Monkey.