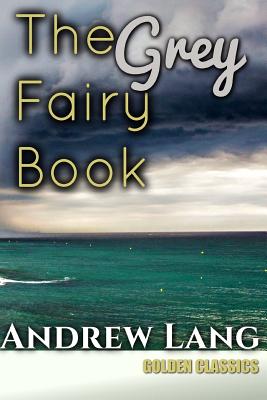 This is book number 63 in the Golden Classics series.

Classics for Your Collection: goo.gl/U80LCr --------- Andrew Lang's Fairy Books are a series of twenty-five collections of true and fictional stories for children, published between 1889 and 1913. The best-known books of the series are the twelve collections of fairy tales, known as Andrew Lang's "Coloured" Fairy Books or Andrew Lang's Fairy Books of Many Colors. In all, the volumes feature 798 stories, besides the 153 poems in The Blue Poetry Book. Andrew Lang (1844-1912) was a Scots poet, novelist, and literary critic. As acknowledged in the prefaces, although Lang himself made most of the selections, his wife and other translators did a large portion of the translating and retelling of the actual stories. Four of the later volumes (from 1908 to 1912) were published as by "Mrs. Lang." Thirty-five stories, many from oral traditions, and others from French, German and Italian collections. Donkey Skin The Goblin Pony An Impossible Enchantment The Story of Dschemil and Dschemila Janni and the Draken The Partnership of the Thief and the Liar Fortunatus and his Purse The Goat-faced Girl What came of picking Flowers The Story of Bensurdatu The Magician's Horse The Little Gray Man Herr Lazarus and the Draken The Story of the Queen of the Flowery Isles Udea and her Seven Brothers The White Wolf Mohammed with the Magic Finger Bobino The Dog and the Sparrow The Story of the Three Sons of Hali The Story of the Fair Circassians The Jackal and the Spring The Bear The Sunchild The Daughter of Buk Ettemsuch Laughing Eye and Weeping Eye, or the Limping Fox The Unlooked-for Prince The Simpleton The Street Musicians The Twin Brothers Cannetella The Ogre A Fairy's Blunder Long, Broad, and Quickeye Prunella.